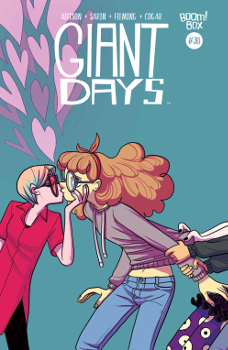 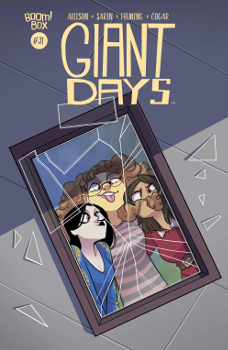 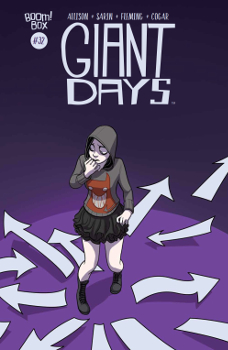 This is the climax the book has been building to for a while. We knew eventually everyone would find out about Susan and McGraw’s emotional affair, and McGraw would be the man of standards he is and break up with Emilia.

And we knew eventually, Esther and Susan could no longer be nice about Ingrid to Daisy. Ingrid is such a trainwreck that it’s sometimes surprising that she’s still alive. Both from the point-of-view that no one has killed her yet, and that she hasn’t accidentally caused her own death.

Esther knowing exactly what the burning smell was due to her gothiness was great. Yep, there’s a special burning hair in a flat iron smell for sure.

It was kind of good for Ingrid’s life that Susan was distracted by her own drama. Because that bill, yeah, Ingrid would be paying for it for sure. Likely in blood. Also, if Ingrid spends all her time there — and seemingly packed her suitcase for the entirety of break in Daisy’s bedroom — doesn’t that mean she should also be paying rent?

While I do a small hope that Emilia becomes part of the regular group, I am glad to see that she tells her brother and his friends off for trying to beat up McGraw and Ed (by association). Even if she’s not ready to forgive him, it’s nice to see that McGraw realizes he isn’t being the best version of himself and owed Emilia a huge apology. Especially since she’ll never be getting one from Susan.

Of course, the downside of this issue is Ingrid telling Daisy that there’s an ultimatum in the future. Everyone knows that if the person you’re dating tells you that it’s either them or your family or friends, then you dump that person immediately. Unfortunately, this is the first time Daisy has been in love, or seemingly really dated. Ingrid is the worst.

The best part of this issue was definitely Daisy pretending to have just turned 21 and being “drunk” out of her mind. Though I didn’t know that 21st birthdays were an actual thing in England, given that their age of being allowed in bars is 18. It’s also always fun that she’s a pool genius.

I know McGraw and Ed were about to get pummeled, but Daisy should’ve stuck around to get her cash. It was pretty hilarious.

It is probably a good thing that Susan got rid of her scooter.

Oh, housing, and housing changing. This is one of the biggest issues we’ve had between the three women, and it combines issues around their romance statuses and housing situations. Being that McGraw wants Susan to move in with him and Ed — and kick Dean out — and Ingrid insisting that Daisy move in with her to some co-opt/maybe squatting situation, even though Daisy doesn’t want to.

I too am worried about Daisy. Ingrid’s gotten even worse over the last several issues. Daisy is correct that Ingrid’s constant changing of friends is a red flag.

That house though, wow, I’ve lived in places like that. Also places where I did not heed to McGraw’s advice and I fixed a few things that needed to be fixed (namely a stove and toilet guts) with the landlord who then missed me when I left. There was a house I lived in during college, which had black mold, killed all my plants, gave my feet fungus, was the start of my environmental allergies, and even better, the very expensive university I attended was my landlord. With some documentation, they didn’t clean it, but they let me move.

It’s amazing that no one has ever killed Dean. Quite amazing.