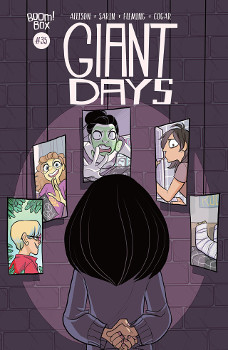 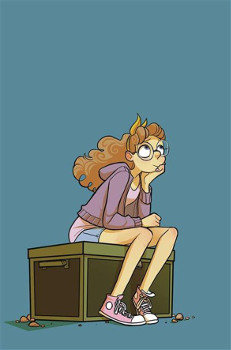 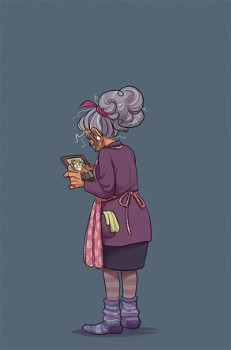 Nothing beats Lottie. Lottie is the best. Susan is correct that 10-years-old is the perfect age. The perfect time for girlhood right before puberty, but old enough to be a realized person.

Ingrid is the worst, and pure girlhood has taken Daisy by the hand and led her out of the darkness. Lottie’s assertion about how lesbianism must be the best thing ever — if Daisy was going to live in that dump and date Ingrid — was amazing. And also how Lottie got lesbianism, just not why anyone would date Ingrid.

Though Daisy still has to break up with Ingrid. I definitely see Susan deciding to stay when Daisy and Esther decide to stick together, and when Esther definitely gives up her big room to Ed and his two broken ankles.

Oh, Ed, if only he was a biology major, and he knew that male pattern baldness genes are passed down via your mother, not your father, he’d be in a better place. Even when he’s in the very bad place where he knows that Esther knows that he confessed his love to her while they were very drunk.

Lottie got her very sugary drink and her makeover. Basically she won at everything.

What the hell?! Ingrid is the absolute worst. First, they are ex-girlfriends, and second, you don’t out someone to their grandmother. I’m sure Ingrid knew. But she’s a trainwreck determined to wreck even more of Daisy’s life.

Daisy should’ve done the break up when Ingrid wanted to know where she’d been and asked if she’d been dumped. Well, actually, yes.

But it is true, even if you break up with someone who is the absolute worst, you are still upset. I can relate. We all can probably relate to that.

Love how Susan’s dad and McGraw aren’t going to leave Daisy and her stuff behind. They care so much. However, if Grandma Wooten does freak out, they may all see a lot more of Daisy over the summer. Though Esther’s parents really like her too.

My prediction was wrong. Ed ended up going home for a bit to heal. Probably for the best so he’s not in his tiny room longing for Esther.

This entire issue had me on edge. When Daisy moved out of her grandmother’s house and took refuge in the dorms with Susan, my heart was sad.

Though it was incredibly hilarious to see Daisy immediately start cleaning the entire room while Susan tried to insist that she stop that, but really she wanted it to happen. It just seemed like magic the way those shirts got folded.

The admissions/housing lady seemed to be flirting with Daisy. I mean, it could’ve been a power move in order to fill an RA situation that no one wanted to take. But if it turns out to be anything, but a dorm from hell, I think Daisy may have herself an admirer.

I am a tad worried that when Daisy arrives at her grandmother’s house again, she’s going to find Ingrid there. However, it did seem clear that her grandmother knew she and Ingrid were broken up. That said, sometimes exes can get your family members on their side. I believe Daisy’s grandmother to have more sense than that.

Overall, this felt like a nice transition and summer time in college issue.