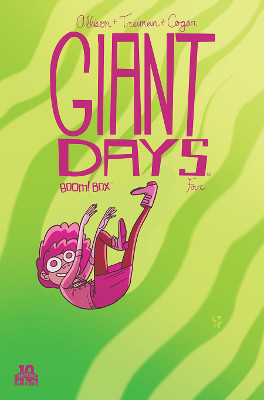 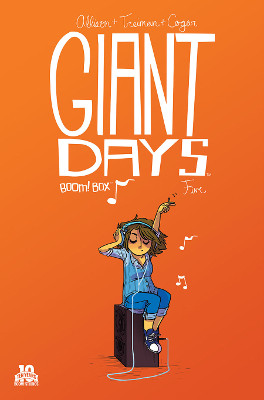 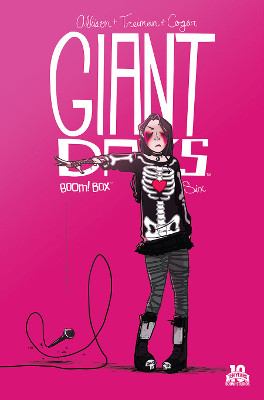 Continuing to love this comic book so much…

Oh, I remember the days when you ask out any woman that you found out liked women. I’ve been in Nadia’s shoes before where I just had to say, “yes, I like women, but no, I just want to be your friend,” like Nadia did with Daisy. Poor Daisy. She just wants a girlfriend.

The fact that Susan’s zine is now being plagiarized by high schoolers and taken seriously is hilarious. I almost feel bad for McGraw. Almost. But then drunk Daisy calling him the devil made me laugh so much.

Susan breaking down and telling Esther the actual story about her and McGraw was the best. Of course, they were best friends growing up. And, of course, Susan then flips when he decides to see someone else. I love how Esther assumes Kylie Traynor, McGraw’s girlfriend, isn’t as smart as Susan. (This is why best friends are the best.) Only to have Susan admit that Kylie’s in Mensa, though she did encourage the moustache.

Then Susan and Esther propping Daisy up and making her eat food while her Granny came to visit was also the best.

Susan making a truce with McGraw was great, same with Ed’s crush on Ester and not being into going with all three of them as four stags.

So good. Who doesn’t love an issue about a school dance. One full of expectations and lost hope and unrequited crushes and embarrassing sex.

Esther working her magic on thrift store dresses for Susan and Daisy was perfect. Again, so college. Her comment that Susan and Bette Midler having the same body type was hilarious.

Oh, Ed, he’s just trying to get true love from somewhere. It won’t be Esther, and everyone, but Daisy herself, realizes that Daisy’s entire gay. Of course Esther cries on Ed’s shoulder about not having a man.

Definitely saw it coming that McGraw and Susan would sleep together. Susan’s sneak out and walk of shame was classic. Same with them being across the aisle from each other on the train back home for holiday. And mystery texts!

Loved Ester and Daisy on the hunt for Susan, and that they noticed she disappeared to start with. Their detective skills were pretty cute too. Comics World and Vinyl World also equally amusing, especially the comments on how culture treats these two very geeky hobbies.

Of course, Susan got herself in a fight with one of the meanest young women in town: Karen Shaw. Given what we know about Susan, there’s no way she’d let a faith healer get away with balderdash and chicanery.

I also enjoyed that McGraw’s continued white knight trends just got him a black eye and yelled at to pick a lock faster. “It’s a 12-in-1 multi-tool, Daisy. That means it does twelve different things very badly.” is a brilliant line. Too true.

Nice to see Susan ending up saving herself. Or more that Karen wasn’t exactly the murderess she thought she might be. Loved the mention that Karen was the 10th worse person Susan had pissed off in her village.

Oh, Esther, of course she hasn’t been to any of her classes in the last month of school. But I hope we get to find out more about that then just her skipping out.

Go back to college with Giant Days Vol. 1.