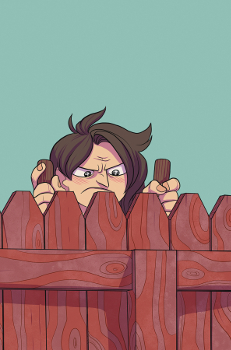 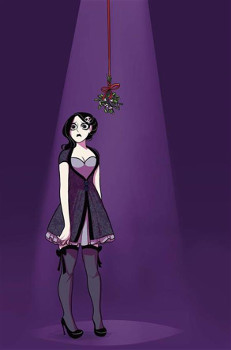 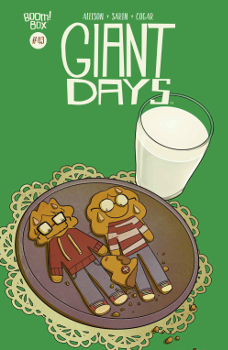 Wait, did I miss who Esther is in love with? I hope this isn’t McGraw. Too messy. Especially since our ladies just worked out all their issues.

Yay for Daisy being mature and dealing with Ingrid and her new beau. Of course, that man doesn’t want to be with her either. You think for two seconds that Ingrid is a decent person, but she’s not. She’s the worst.

Dean was definitely the model in the art class. Oh, good lord, I hope he’s not Esther’s new crush. It could also be that she’s fallen for Ed now that he has the affections of another woman. Esther patterns for sure.

Daisy as a lion was brilliant and cute and exactly what she needed.

I have a feeling there’s more to this neighbor that McGraw’s helping.

Esther is in full form here. Of course, she finally notices Ed and falls “in love” with him when he comes off the market. (Cannot wait until she figures out that he’s rich and his parents live in a castle.) This is Esther drama up to 100, and I’m here for it.

The jokes were so great in this. The R.E.M. gag around Eamonn’s young broken heart, and how Susan describes the Babylon 5: “The 1990s. A time when you could watch a TV show about a moon pirate, a sentient hairdryer, and a bank manager.” I laughed quite a bit at that. This book always shines when there’s humor added in.

And holidays, they are very important. I have a feeling Daisy and Ed are going to find something unpleasant at the Christmas market. It may be Ingrid. She is so awful that ruining a holiday would be right up her alley.

Oh, I do not miss having to share a house and your housemates knowing just what you were up to last night since the walls are so thin.

I’m not sure how I feel about Nina. She hasn’t grown on me yet. I’m not an Ed and Esther shipper by any means. But I also feel bad for Nina because clearly, if she hadn’t slept with Ed before Esther confessed her feelings, Ed may have very well chosen Esther. At least this is what I’m reading from these scenes.

Now off to drown ourselves in advent chocolates…

There are moments when I remember that Giant Days is fictional. Giant Days are the exploded and emboldened memories from a time when our bodies were adult-shaped, but our brains had not yet arrived.

The Christmas fair turns out to be a scam. A scam that neither Ed nor Daisy know how to confront. One broken wide open by one of Daisy’s students that she “recruits” to work there, and who is actually an undercover journalist. Some figures like Mr. Gamson cannot be taken down by pleading of reason from Daisy and Ed.

I don’t know if I would’ve gone for the “cult” angle; but then again, there is the brain processing here that’s exaggerated and wide. I did love how the one thing Daisy promised her grandma was that she wouldn’t join a cult. That would be a very Daisy thing to do, and makes more sense after the whole Ingrid ordeal.

McGraw with his stethoscope to diagnose construction was too cute.

Seems like Ed is going to be way over his head with this trip to Australia to visit Nina and Nina’s dad. There is no such thing as a free ride.