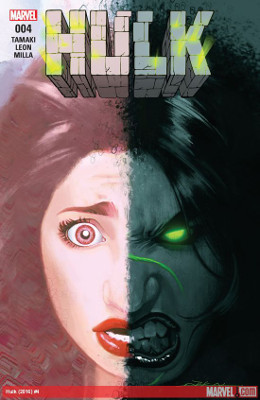 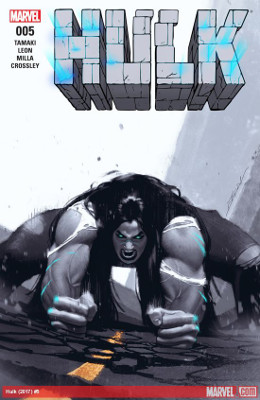 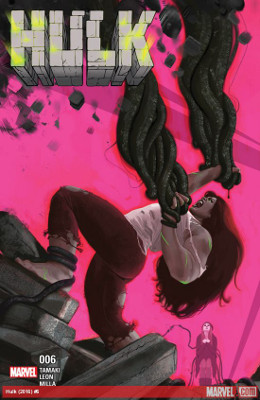 Perhaps Jen’s over empathizing with Maise and that’s stalled her from really looking into what’s happening with Maise. Jen’s focused on what she’s lost in her life — her cousin, being She-Hulk, Avengers membership, etc. — and only focused on what Maise has lost — her outward mobility, yoga teaching, social life, etc.

Everything in this comic is about being lonely and disconnected. It’s about being isolated. About being without support and desperate for it. Maise has her creature, and Jen has her cooking videos on YouTube.

This apartment complex is filled with creeptastic red flags. Like you know Jen is still brave because she didn’t immediately run the other direction. Or calling some of the other superpowered folks she knows who are in better places.

I’m hoping this resolution digs deep. I hope we get to see Jen as the Hulk. I hope we get Maise to stop the Hulk from going out of control. I hope we get some hope and some friendship. One of the great things about Jen’s past comics are how much they center around friendships and building others up. Most of Jen’s comics start with her in some messed up and down-and-out situation. But the great thing about Jen is that on her way up again, she brings others with her and lifts them up too.

Now we get the details. I’m glad we didn’t wait until issue 6 (the last in the arc) to find out what powers Jen does have. She has out-of-control powers like those of her cousin.

I have incredibly mixed feelings about this. She-Hulk was always the nerd wish fulfillment character. In many ways, she was the Peter Parker is actually Spider-Man for female representation.

Hulk powers have been shown to be the manifestation of something buried inside. For Jen, it was a fun-loving, smashing, brash hero. The fact that she was still smart as She-Hulk mattered. But instead, we have buried rage. A note that maybe Jen doesn’t need She-Hulk in the same way she needed to become her before. Like She-Hulk became a husk.

This version of Jen is not very fun-loving. She is more like Maise, hiding away from the world.

Or what turns out to be everyone in Maise’s building.

Hulk will be come out to play.

So everyone else in that building except Maise died in that explosion?

Who was this Flo? Flo Steinberg homage?

Leon gives us some of the Hulk. But only a small teaser. Only a small bit. It’s amazing how much you can hide when the Hulk was the main character for most of this issue.

Tamaki’s writing of the Hulk during battle was extremely reminiscent of the era when writers started pointing out how logical the Hulk was in his actions. It was a nice tie-in.