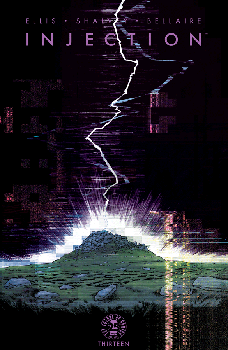 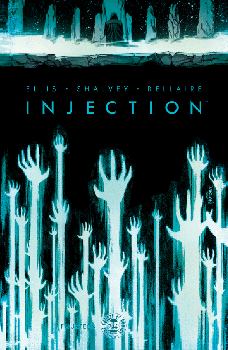 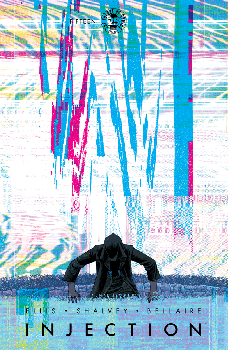 The lid has been removed from the Cold House, and they’ve started to pull up bones and artifacts. Artifacts all shaped like crosses.

Professor Kerwick and her two fae goons are back. Initially, I thought Kerwick was from the other world, but Brigid seemed to confirm it was the goons and that she was being controlled by them due to her research and connection to the area. I do love Kerwick’s disdain for Christians and insistence that the Mellion clung to its pagan ways.

Clearly, humans were offered as sacrifice in Mellion to the fae to stop random kidnappings and attacks.

What’s his butt was bound to get eaten sooner or later. Glad that Emma took Brigid’s warning to get in the car. Good old iron.

I can’t tell if Robin’s pissed at all his old friends or a bit power mad after knowing all the secrets he didn’t know before. Or likely, he didn’t want to know.

Brigid ends this issue in over her head. This is a first for her. Or at least from what we’ve seen of her character, except when the Injection first got out of control. Of course, it’s trying to bring the Other World back into the current reality.

I guess we really did end up in interesting times.

Emma basically is the best. I’m definitely feeling great about her as Brigid’s sidekick. Their practical natures and improvised weapons seem to work well together.

Kerwick sure has a lot of secrets. Or she just wants the old myths to become real to make her relevant again. Which is really what I’m seeing here.

Brigid might’ve unhooked the electricity, but she cannot stop the lightning.

Amazing, outstanding colorist work by Jordie Bellaire. She continues to be one of the hidden gems behind some of my favorite works. And I know that I’m not the best at pointing out the outstanding work of inkers or colorists.

For about half of this book, Emma and Brigid work to stop the appearance of the Other World. Which all the reaching hands of the fae folk just slice people in half, which is very Ellis. In these scenes, Bellaire uses electric blue and black against a ton of white space. The light from the other world largely blinds our characters and the rest of the space. It gives a very surreal, dangerous, and cinematic effect to the readers’ comprehension as well.

Brigid is perhaps more daring here than she has been before. We’ve had plenty of Doctor Who illusions (and I’m sure there will be more in this book). But one notable thing is that the Doctor is always more of a hero and perhaps more brave when companions are around, and Emma seems to bring bravery out in Brigid. Of course, it helps when your getaway driver’s waiting for you.

Loved how, even if she came in at odds, Brigid gained the locals’ trust enough to make a getaway from Robin’s people.

I guess we’re setting up Robin as the villain. His name has certainly always been obvious. But here both Maria and Brigid pin him as the one full behind acting like he did nothing — he’s clearly a wizard — and allowing the Injection to flourish in the calls for the Other World.

I adored the last page; it hit so many reasons why I continue to read this book. I love Ellis giving us a queer black woman as Doctor Who. Any British person would immediately want make the TARDIS connection, and I love the obvious, but not overwhelming nods in the dialog and Shalvey’s art. Bellaire’s colors as Brigid sends them to Ireland are brilliant.