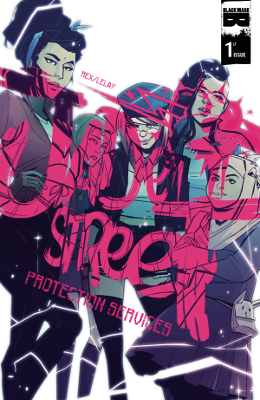 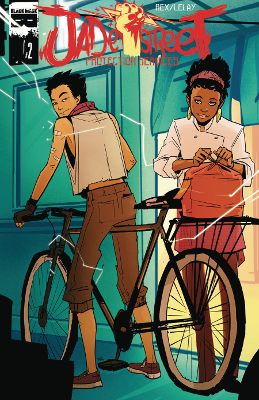 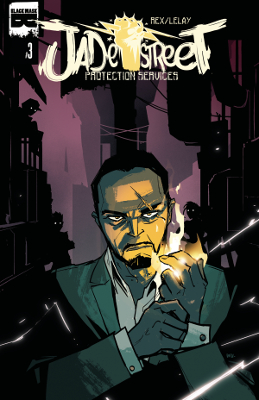 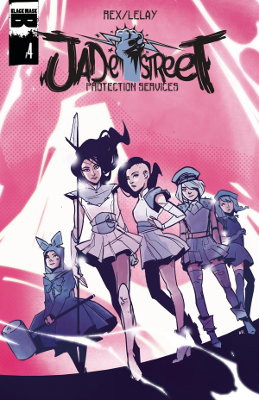 And some patriarchy as their teacher was implying all these girls were being trained to be sold off as wives.

Except Emma, the girls seem a little bland so far. Only the detention scene showed off their different opinions and interests.

I wasn’t charmed by Saba’s bladder issues. If you have magical powers, you think you’d be able to teleport quickly to the bathroom.

There’s definitely still some questions to be answered about this world.

This book feels like it’s floundering, which isn’t a good sign for issue number two. There’s a lot of things the book’s trying to play with, and I’m not sure how much it’s working.

I really want all the girls to have name tags. I’m not connecting with them very well. Is this is story that would’ve ultimately been better if in a trade format?

Now we have magic as drugs? I’m not sure about it.

This book becomes more weird, unreadable, and unreviewable as it goes on. I say unreviewable because I walk away from every issue not knowing a thing about what’s going on or who these characters are.

The overall problem has been the world building. We know there’s magic. We know young girls apparently have this magic. (Or maybe only women can have this magic?) We know some men use it for drugs. And maybe these girls were being trained to be slave wives?

This issue tries to wrap up everything very quick manner. In fact, it seems like the writer and/or editor realized how little sense the last two issues made and was trying to make up for it.

There was an incredible amount exposition and trying to distinguish the girls in the actions. Additionally, they use each other name’s which greatly helps tracking them. The world building, however, continued to lack greatly.

Unfortunately for me, it was too little, too late. And the disjointed nature of this series without any kind of resolution in this four arc — or even a single plot that made it to the end ruined it for me.