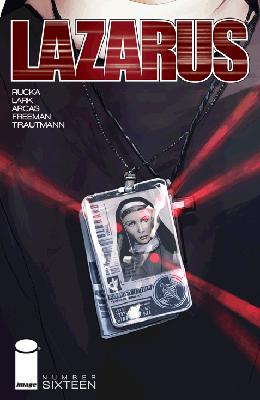 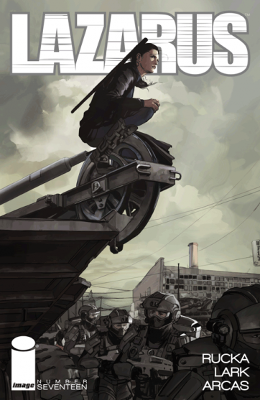 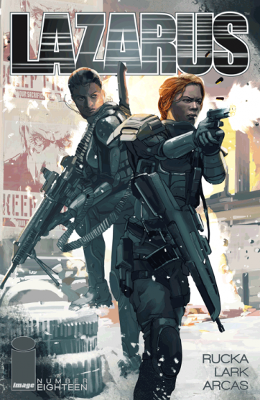 Wow, this book keeps getting better and better. I absolutely loved this look into Sister Bernard’s world, both what the nuns can do and her side-focus as a Carlyle spy. Which the lack of acknowledgement/acknowledgement of this from the other nuns was perfect.

The conflict of faith in God and faith in families was spot-on. Loved everything that Sister Angelina meant for Bernard’s own faith in God and in the possibility of a better world still. And that Sister Mary Grace certainly represents some centralized church, though there is none left. Or at least there is not one we can see. Maybe in the Morray territory or possibly whatever is left of Vatican City? At least Mary Grace’s response to the lady Bernard helped have an abortion seemed to indicate this was Catholicism.

Earthworm’s whole persona was creepy. Like, yes, she was trying to stop the pandemic from happening. But at the same time, Earthworm made herself patient zero to both save her life and deliver the information. And then she infects Bernard. (Of course, that seemed like it was coming after the firefight.) And what of Earthworm’s body, will it be contagious? Or does Hock destroy all the dead bodies? Seems like what he could not use for scientific research, he would incinerate, which would deal with the dormant virus.

Plagues are creepy. Thanks, Rucka.

It was fun to see Joacquim in action. Especially since he was so badly injured the last time there was an opportunity for him to fight. (Not to mention that was Forever’s storyline.) It makes sense that the Carlyles would partner with the Morrays in order to extract their double agent from Cuba.

Seems like Bernard’s life will never be the same again. Even if she does live and doesn’t fully become patient zero.

I appreciate how everything’s falling apart for the Carlyles with Malcolm heading toward his death thanks to Hock’s poison. Stephen isn’t his father in many ways, and Johanna doesn’t have the grooming in military ways in order to make the right steps, even if she has the determination and confidence.

Forever here is very scared. It’s an interesting moment that we haven’t seen in her as an adult. She very much approaches her sick father like a little girl, who’s lost without his orders. Forever can’t punch or shoot her father’s illness away.

Which contrasts with her reminding Stephen that he’s now the one to give her orders. Even though Forever is the one who suggests she goes to Duluth to fight.

Like seeing both Michael and Casey incorporated back in the comics. Michael’s definitely living somewhat of a cushier life. (Though as Rucka’s response to a letter in the back of the comic attests, he’s only getting the education that the Carlyles want him to see.) I don’t have much hope for Casey’s continued existence with how they’re losing in Duluth.

And I assume in the next issue we’ll get to see the full extent of Forever’s healing powers. Somehow I think Casey is going to be the most amazed person in the room given that she was there when it happened and isn’t really used to seeing that type of technology in action.

Actually, one of the things I’m looking most forward to in this story is seeing what happens to Casey. Will she grow in her career? How far? Will they perhaps need a second super soldier? And will she be it under Michael’s care maybe? What are the rules about having a Lazarus and why do the Families who do only have one? The Carlyles can clearly create as many as needed; though I imagine they’re expensive. All questions I’m sure will be revealed in time.

Marisol giving Michael a hard time about being in the wrong part of the compound was hilarious. I loved seeing her pride in Forever for taking out Sonja, but then also her willingness to train Sonja. Sounds like Sonja may be much safer than the rest of her family.

I have a bad feeling about Rihan’s future. Mostly due to Johanna and Bethany getting upset about how he’s looped into things that they aren’t because he’s Stephen’s boyfriend. Or we’re going to have some kind of old fashioned arranged married to say keep the Morrays happy.

And Johanna’s back her scheming ways. Yes, Mason got a denomination, but who can go anywhere and not be noticed but the cleaning crew.

You should read Lazarus Volume 4 as it’s fabulous.