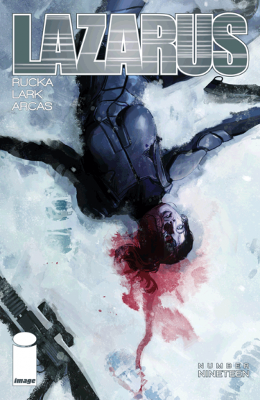 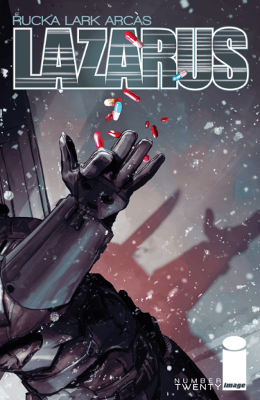 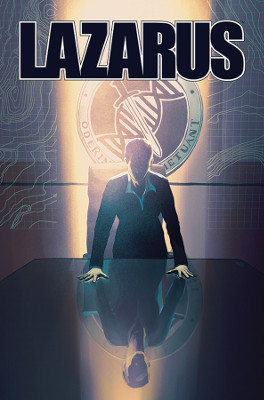 I really thought for a moment that it might be the end of Forever. Well, it might be when she gets back to James and Bethany since they figured out she wasn’t taking her pills and she may not have her memories or personality intact. They could, of course, also wipe her completely and start those memories and personality over like someone with amnesia.

There was certainly a lot of setup here, but not a lot of action happening.

I wanted more with Johanna and Mason. More about exactly what she’s planning. Sounds like she’s possibly heading to Bittner territory, though I wouldn’t describe them as winners. But they are one of the few families led by a woman, and Johanna said she was specifically meeting a woman.

Oh, Sonja, I’m not quite sure if we’re seeing some rehab here, how long it actually takes for enhancements to kick in and how they change someone, or that we needed a spare Lazarus around to do some kind of rescue for Forever.

Wow, the reveal that Stephen can’t access all his father’s file is a low blow. It’s definitely hard to keep within his father’s vision and to keep their leverage over the other families and alliances without the needed information.

Perhaps we’ll never know exactly what went on between Mason and Johanna. I have no doubt that Marisol was told he was coming and told to kill him without punity. I’m hoping the next issue will tell us more about how and what Johanna’s up to.

I take it from Johanna’s conversation with Arthur that Bethany is next in line for the Carlyle family. From what little we know about Bethany, it seems like she’d be a much different leader than Stephen. Of course, not having access to all their father’s files will still put any of the Carlyles at a disadvantage.

Oh that conversation Johanna has with Rihan hits me right in the feels. Thanks, Rucka. Whatever else Joahnna may be, she knows how to exploit every weakness of her family members, including ones that look to be in their best interests. It makes me think we’ll see Jonah again, if nothing else because he is Johanna’s weakness.

Casey proves herself to be a smart soldier. Of course, Forever commandeering a tank for them is definitely going to help their next efforts to secure Duluth.

In these battle scenes against Hock’s forces, it’s interesting to see how much Lark dehumanizes Hock’s soldiers. They are monolithic compared to Carlyle’s. Especially in how their faces are covered and their helmets make them look more like insects. Besides getting to know Casey, Forever, and the other soldiers, the art itself adds to us cheering for Carlyle and seeing them human compared to bugs to be squashed. (Or the occasional Storm Trooper feel.)

Holy fucking hell. Rucka, Lark, and crew really pull out all the stops in this issue. I can’t believe I have to wait until May for a new issue!!!! I’m betting that last panel reveal — which I will refrain from spoiling for — was what Mason was after. Just so many more questions about who exactly was sending Forever those messages about her family. Not to mention how Mommy Carlyle’s been missing from the book so far, but still noted as being alive. And what will Sonja think?

Of course, Michael discovers the “cure” for Malcolm’s poisoning. I’m interested to see if he’ll fully recover or if he will need to bequeath his rule permanently to his children.

Johanna wins at all the things. Of course, she is most vulnerable when someone drags up Jonah. That’s bound to happen sooner or later.

Interesting that Forever works to save Casey and the other soldier. I imagine we’ll be getting more information about the significance of Forever’s sword soon.