In this story, She-Hulk goes up against the Adrenazon in Marvel Comics Presents (Vol 1) #123-126. In typical She-Hulk fashion, the story penned by Kelly Corvese in 1993 is a little cheesy and a little silly.

The short summary: Adrian Lynn, whose life was ruined by car accident in which she was paralyzed, her child killed, and her alcoholic, drunk-driving husband went to jail and later killed himself, decides to get revenge against Jennifer Walters, who prosecuted Lynn’s husband. Adrian takes a mad scientist’s formula and turns into the Adrenazon, painting herself green and causing havoc pretending to be She-Hulk. (Yes, Adrian will join those in the comic hall-of-infamy who heal paralysis by complete Skience.)

At this point, She-Hulk has been imprisoned for the Adrenazon’s crimes and being broken out by her friend Nosferata, while Adrenazon, who’s mentally breaking down due to the chemicals, thinks she’s actually Jen Walters, moves into her house, and makes “friends” with Weezie. 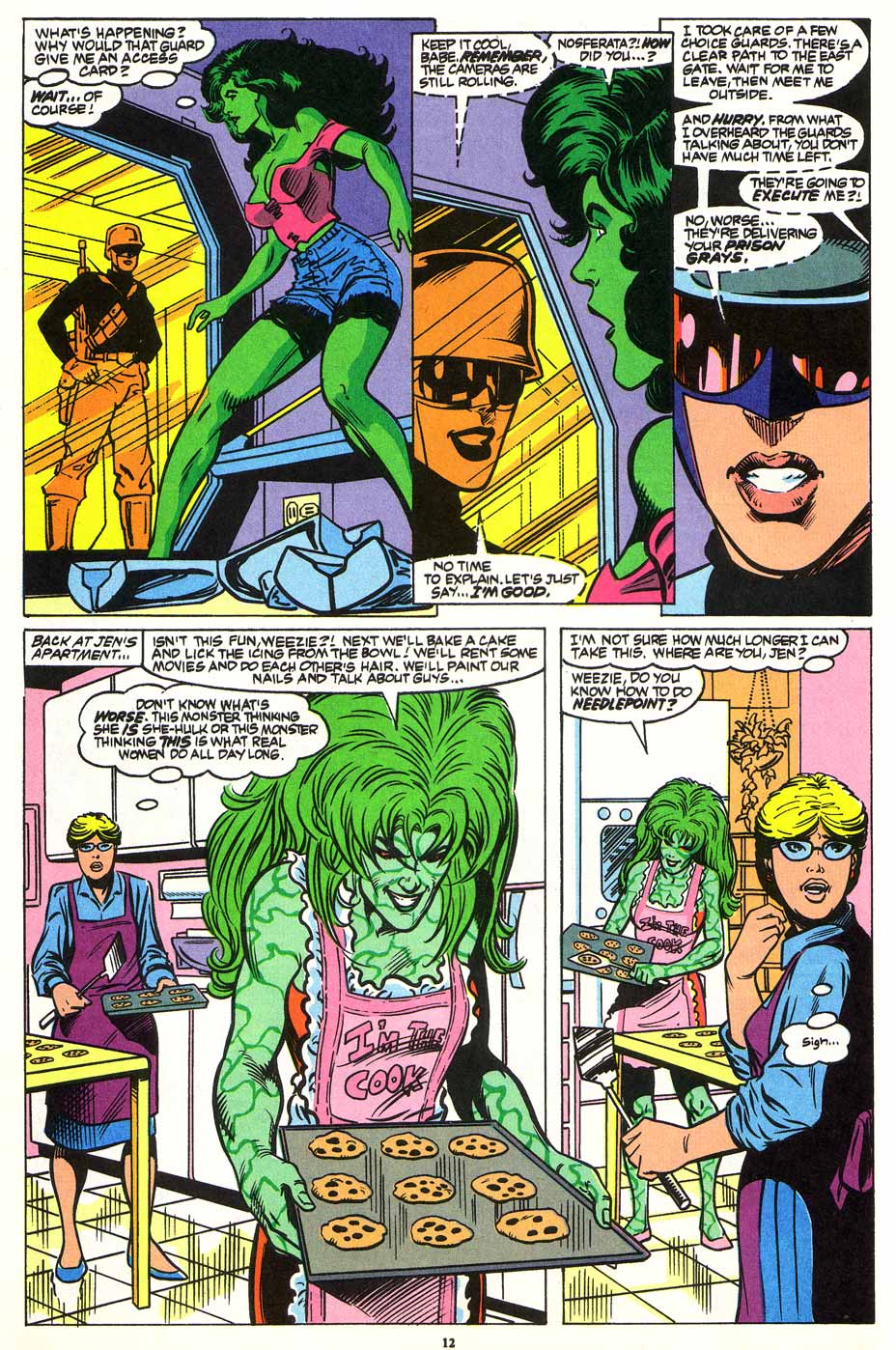 Nothing says third-wave feminism like Nosferata worrying over She-Hulk being unstylish in prison grays and Weezie pointing out that baking and playing house is not what real women and definitely not what Jen Walters does with her day.