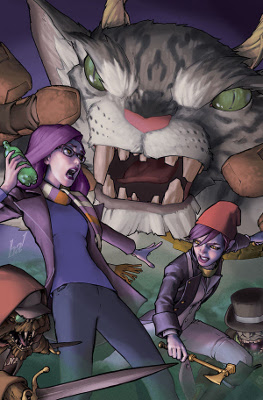 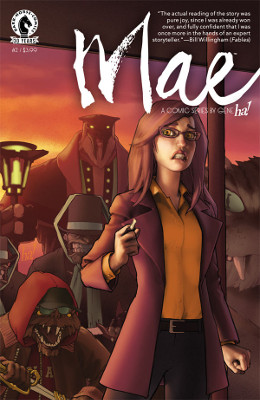 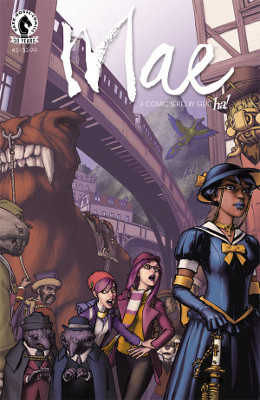 The premise of this book is classic portal fiction: our heroes are transported to another magical world through some secret means (aka Narnia). It’s an okay story. We haven’t hit the magical world, but met a few creatures from there.

The main character Mae is the “normal” girl who’s always being left behind by her sister Abbie. We quickly find out — or use logic — that when Abbie disappears for hours at a time in childhood and years in adulthood that she’s really in this magical land. Where she’s a queen and fights demon creatures. Of course, she does.

Unfortunately, Mae really doesn’t have a character except being clueless and admiring Abbie, despite her sister’s absence. Her friend Dehlia stands in for her sister to give Mae that sisterly relationship. But Mae has also changed in the big city. We’re told a moderate amount of information about all three of these women, but we don’t see them do anything. The monsters seem to have more action.

Except that Abbie burned some guys’ pride.

The art isn’t my favorite. It’s too computer generated, in a way that reminds me of video games.

I’m planning on giving this book two more issues before making a decision about it.

I did enjoy this issue more than the first one. Though I’m not sure how I feel about Mae being forced into this adventure world by her entire apartment getting burned down. Which sucks. And getting attacked and followed by this killer creatures. At least Dehlia is there to take care of Abbie and Mae’s father.

The creatures who attack them seem rather one-sided. I wanted to know more of the nuances about why they’re after Abbie. She’s just very much like “I’m good, as I’m your sister, and they’re bad.” Especially with Mae’s future having her going into the other universe.

Abbie certainly isn’t one for planning. She should’ve taught Dehlia about how to find them better than she did. Or if she has to fight some of those creatures. Seems like a large assumption that they’d all leave Earth.

This issue is a bit better. I enjoy the world building that Ha does to make his fantasy world different from others. It made sense for Mae to freak out upon her first encounter with a “monster” who doesn’t happen to actually be bad. I like the intentional world-building of having a more diverse fantasy human population than just a bunch of white people.

Mae teasing her sister about Harry Potter was cute. But I do wonder how often Ha is going to go down the road of having Mae compare everything she experiences to fantasy literature and film. This could get old. Even if I could see myself in a fantasy world doing the exact same thing for context and processing.

I do think that Abbie probably has built most of her reputation on accidentally saving towns and villages. If Kvido’s story is anything to go by, probably most of them didn’t remain saved forever. This does bring into the question of time. Does time move differently here? How long as Abbie been gone from this land by coming back to her family? And why did she come back in the first place?

Mae seems to be continuing the tradition of accidentally saving people. People who were actually taken over by the bad guys who they’re trying to save their dad from. But who can keep up with the times?

I’m now really fascinated by Kvido taking off all his clothing for bed, then sleeping on the foot of Mae’s bed, but curling up with her. It’s cute. But he also talks and has a family and the like. He’s not just a cute cat or puppy.