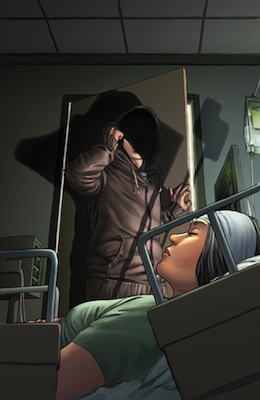 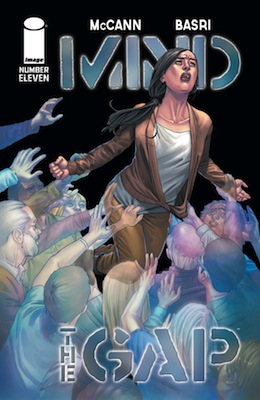 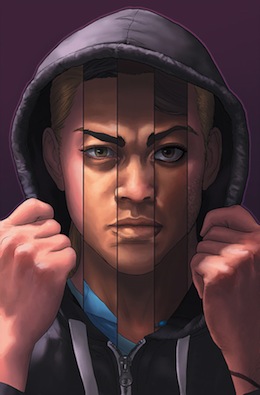 Love how protective Jo gets of Dane. She wants to make sure he doesn’t find his dad’s body alone. Of course, Annie is there doing her job. (Good thing this town only has two doctors and one detective.)

I definitely didn’t see Miles and Eddie’s relationship coming. Especially since I’ve known for a while that Miles was in on the plot. I guess Jo’s dismissiveness about Eddie being just a rich playboy played a lot into her as an unreliable narrator. Miles and Eddie seem to have a lot more of the plot figured out, but they are still missing key pieces.

I have no idea why the solution is to kill Elle. Unless killing her physical body for a short time will bring her back from ghost town.

Love Elle shaking down Harold. Of course, when he was going to reveal all, the mob surrounds her. I don’t blame them for wanting Elle to say goodbye to their families for them, but still. Mystery, ghosts, mystery.

Just as Jo, Dane, Miles, Frankie, and Eddie team up to figure out what’s actually going on with the Jairus people, all craziness happens. Good timing there, McCann.

Interesting to see Harold and Bobby piece Elle back together as the people in the Garden ripped her apart. Apparently, she’s waking up in everyone’s bodies. Okay, there’s no way that doctors and scientists and the news aren’t going to come to the hospital to see exactly what’s going on. And isn’t someone going to think it’s odd that there are so many people in comas in this hospital?

Loved the scene where ghost!Elle rests against Dane as they each say how much they miss each other and Marco-Polo together. Just beautiful writing from McCann and art from Basri.

I thought Basri did a great job as keeping the tone and art right for this book.

Elle as Mrs. Chandler is just too funny. And hopefully Jo will get some uninterrupted time with her.

This mystery is really heating up. I can’t wait to see what chemical compounds they find and just how Geller’s involved. I kind of think that her research was stolen and perverted by Hammond. Or perhaps that’s just what I want to happen.

Okay, I’m not a musical person so I had to google what song, and if it was a real song (it is), “A Way Back to Then” is. I do think it worked well for the scene of all the Elle’s coming back together.

I wonder if Jarius will wake Elle up. But now I also want to know what she knows and what she told Eddie.

Hrmm…not really sure what to think of Constance or the Fifth, who’s Elle’s grandfather.

Find out more about Jarius and buy Mind The Gap Volume 2: Wish You Were Here