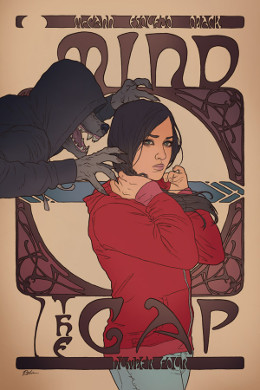 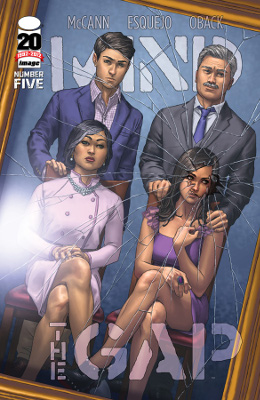 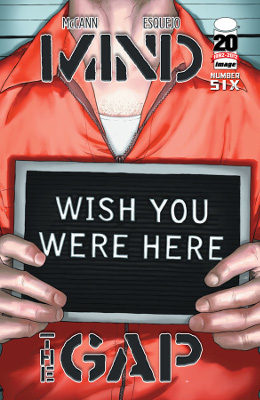 Okay, I’m liking this issue a lot more. Especially after Elle kicked the guys out of her house. She’s doing a bit of taking back of her story. And being sad while looking down at her coma’d body.

Dane’s arrest is definitely a red herring. It’s too early in the story to catch the person who put Elle in the coma. And he’s rather too much of an obvious choice.

Geller and her nurse Frankie Burton crack me up. Frankie’s pretty awesome, and I love how into helping her out he is. Especially since he seems a little bored with his job. (Though I have to wonder if she has any patients herself.)

It does seem a little suspicious that they’re putting all the mystery coma people in the same ward, right next to each other.

I have mixed feelings about Dane’s background. I’m seeing a lot of white trash stereotypes and not a lot of substance. There’s no doubt that Lonnie Miller’s a horrible father and a worse person.

I’m not entirely sold on Min being behind all the attacks. I can see her using the situation to pay off Lonnie in order to get Dane out of Elle’s life and not caring how it happened. However, I’m not sure why she wouldn’t care more about who attacked her daughter if she wasn’t behind the attacks.

I do think that Elle and Dane’s meeting was cute. And it helped make me actually like Dane a little more.

Jo’s definitely going to have a roller coaster of weird.

Pretty sure that Jo’s my favorite character in this book. (Okay, I also love Geller and her girlfriend. They are rad too.) I always get more into the book when it focuses on Jo and Elle’s friendship.

It’s interesting to see how much of her memory that Elle retains while possessing Katie’s body. While Katie’s parents are lying about what happened to her, it has to be horrific to go from pulling the plug to having her wake up and be talking.

I was kind of hoping Min wasn’t one of the people behind everything, but it looks like I was wrong. She seemed to have at least given permission for this experiment to happen on Elle. Or in some way was coerced into doing it.

I’m curious to learn more about Miles Gilbert and just why he showed up to Dane’s prison cell. I don’t think he’s exactly the trusting kind.

Join in the mystery, and buy Mind the Gap Volume 1: Intimate Strangers