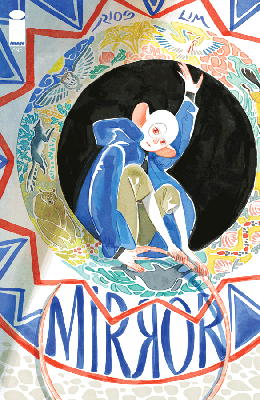 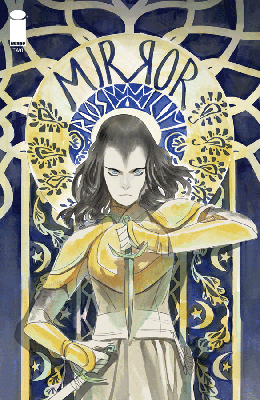 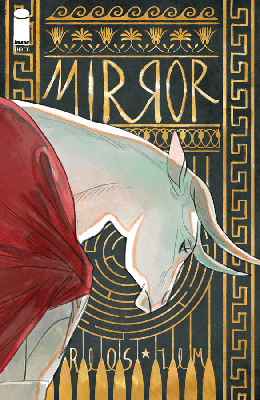 So far, the story is a pretty solid work of fantasy. It’s a common style of story where there’s an oppressed magical people — who happen to be animals and human-like animals — who are trying to gain their freedom from powerful mages. I’m hoping that Rois takes these tropes and turns them on their heads as the story progresses.

Lim’s art fits the fantasy world nicely. The soft lines match the story, especially it leads into sympathy for the animal creatures.

I can’t figure out if Ivan and Sena have a romance or what. Or if they are just supposed to have a close friendship. Clearly, the mages have other ideas for Ivan’s future and who he is. Seems though like he could overpower them if he tried. It makes me like him a lot less when he doesn’t defend Sena against Kazbek when they’re adults.

Lesnik made me so sad.

I’ll be interested to see where Rios and Lim take this story.

This story has turned into something even more ambitious than it started out as in this issue. There’s the obvious metaphor of science meeting magic and humans attempting to colonize and conquer all of it. With ecology fighting back. There’s themes about how you must keep your freedom, no matter what, no matter the cost, and no matter if you are going to lose. (So many of the animal creatures lose here.) There’s also the manipulation of children to learn to hate, to learn to see “differences,” which are actually social constructs, and how adults work, in some cases, very hard to do this. There’s also bits about prophecy, which those are what I least follow. But they make me worry about a hand-wave ending.

Lesnik’s ending is so incredibly sad. Especially when we see that he very much knew what was going to happen. Even when he couldn’t convince Sena to give up her vengeance. (Which later we find her being manipulated, as a child, by Elena.)

A lesser storyteller would’ve made Ivan a hero. Though he remains a coward in the face of battle and in where his science experiments go, which makes him both a foil to Sena and Kazbek.

The art remains very gorgeous and by far one of my favorite things about this book. It helped clarify as the story moved around in time and told different, important parts of the full picture.

I made the mistake of not reading this issue before I read #4. I was so confused by #4 because this issue explains some of the mechanics of the world, like how the animals became sentient creatures and Guardians. Plus how Aldebaran was born from a human woman, who was pregnant and on the crew when they settled the asteroid. (Issue #4 was still confusing when I went back to read it after reading this one.)

But it was nice to have missing pieces. Pieces that didn’t feel forced as Aldebaran remembers and contemplates his life and his tangles with humans and other animals. He truly is of both worlds.

I do want to know how they were able to transport Blackfish to this world. Good thing the terraforming made sure there was a big enough body of water (with enough to eat) for Blackfish.

I’m still not sure that I understand everything about Ivan, the curse, and Sena. Nor Kazbek’s vines.