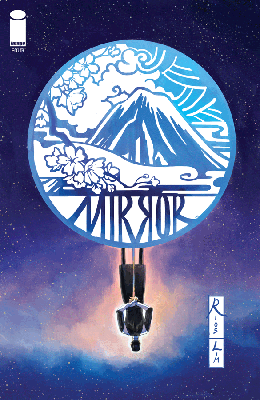 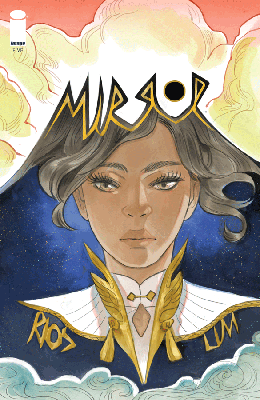 This issue felt more confusing than the last. Here we find out that the asteroid where the settlement is based is alive itself and able to “cleanse” itself (aka kill everything on the astroid).

Are the Guardians creatures that Kazbek, Ivan, and the rest of the humans created? Or are they the natural form for the asteroid?

The ecological ambition here takes the story out to the entire asteroid. Whereas before, we had it contained to Sena and Ivan and the escape itself. It made the story personable and relatable. The art is still beautiful, but in many cases, the swirls representing the astroid make it harder to follow the story and the flashback cut scenes were hard to decipher.

I assume the cost of Phinx becoming a true Guardian is the world itself. Even if the Guardians didn’t exist until the terraforming and other things by the humans. While it’s interesting eco-fiction to give the asteroid its own personality/agenda, is it too late in the comic to do so? Or did I miss earlier signals?

Now the asteroid wants them to leave, and it will either kill them all or let them go. Phinx and Kazbek are the only ones left. It’s interesting that Kazbek is still Kazbek, but also is completely made out of the spirit of the asteroid. In that the plant makes up everything about him, except his soul.

The art here is beautiful. But I’m not sure it serves as well to direct the reader where to read next. I got a bit confused. I know I’ve had this issue with Rios’ art in the past, but it’s hard to tell which creator is doing what.

I keep wanting to know who the main protagonist of this book was. Early on, I thought it to be Sena and Ivan. But then it becomes the planet. Then it becomes solid eco-fiction. But somewhere it lost a bit of depth for me. I still have a lot of questions.

I can see Aldebaran leading some new world. Even though he’s not part of any world, neither human nor animal, these people will need a place. It’s clear that they just can’t go back to the society where they came from. Elena’s break from her culture signals that.

I believe I would’ve enjoyed this book much more if I read it all as one instead of in individual issues. Instead of having big breaks in the story.