Echo #12 by Terry Moore, Lockjaw and the Pet Avengers #1 by Chris Eliopoulos, and Secret Warriors #4 by Brian Michael Bendis and Jonathan Hickman 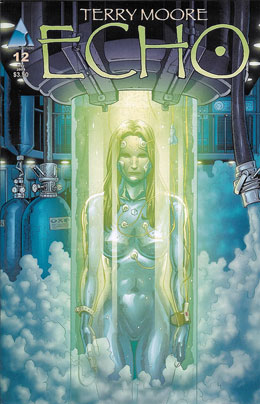 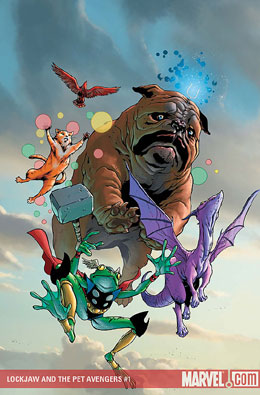 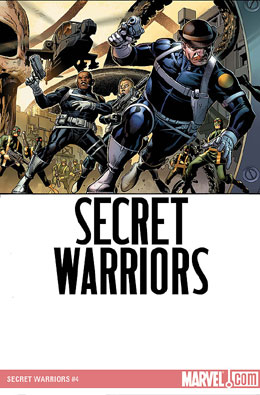 I’m so glad that Dillon continues to survive. I really like him as the sidekick/companion to Julie. He also serves a human point since Julie’s clearly changing and Ivy is very government. I do wonder if we’re not supposed to think that somehow Julie’s powers brought him back to life.

I’m also betting that there’s more left of Annie than just what’s on Julie’s body. And it’s a nice twist/way to neutralize a villain if Julie did indeed take all the special alloy from the crazy hand guy.

Lockjaw and the Pet Avengers #1 by Chris Eliopoulos

You’d think that the Inhumans would learn by now to listen to Lockjaw. How many plot points have been built around them ignoring Lockjaw, who had all the answers?

Okay, mostly, I picked this up because it looked adorable and I’ve been in a trying to convince my boyfriend that we need a pet mode.

I don’t think Throg’s story moved me the way it was supposed to. I wish he’d been something else besides a footballer.

The addition of Ms. Lion is hilarious and so’s Hairball’s hatred of him. Mostly, I’m rather enjoying how snarky all the creatures that can talk are. As I’m not convinced that anyone actually cares about the Infinity Gems, except Reed Richards and writers looking for a plot.

I don’t know really why I keep reading this. Perhaps because I thought the idea of unknown characters, which developing their backgrounds is one of Bendis’ specialties, forming a team would be interesting. But I think my dislike of Nick Fury is coloring my opinions.

I just really, really don’t care about him, and how he has his hands in everything is far too Marty Stu for me. The only version of Fury to ever excite me is Samuel L. Jackson’s in the new Marvel movies.

I do want stories about the young heroes. I want to see what happens with Phobos, the God of Fear, since Ares realized he was missing last Dark Avengers’ issue. I want to see them being immature like the comments about kissing your LMD.

However, I’m not being reminded who they are enough and I can’t even remember half of their names.