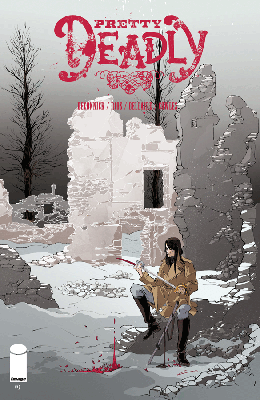 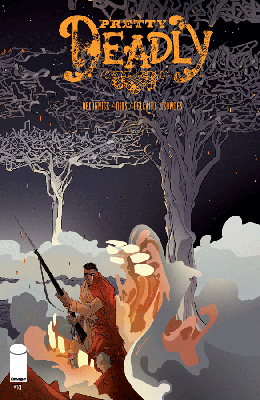 I don’t know how safe our Reapers are here. Johnny says that Sissy won’t put together Big Alice again. But who really knows?

I do appreciate the further information about what each Reaper stands for. And that they have slightly different missions. I love the interplay between Molly and Johnny as Good/Bad Luck as it adds such nuance to their characters, which was a bit missing in the first volume.

Oh, Cyrus, he was just supposed to go home. Seems like that rat/mouse friend of his may turn out to be more than just a rodent.

Somehow I think Ginny will rise again. Especially since she’s figured out how to take down War.

I utterly adored the tale about luck that Bones Bunny and Butterfly discuss and how it ties into the rest of the issue.

Ultimately, I loved the subversion of fear and courage. I loved how there are different ways to end a war and some involve no one wanting to fight anymore. (You know, after Ginny kicks War’s ass.)

The wrap-up at Sarah’s death bed was beautiful. It felt right. Especially as she learns that she too has more to give, just not in human form. And even though we don’t know every character in those scenes, it says a lot about community and family.

Cyrus taming the ghost horse was beautiful. I love how he says that he doesn’t know what to do with the ethereal, but he knows horses.

Rois’ art remains beautiful. It seemed for a moment or two that we were looking out Bones Bunny’s skull. But I’m not 100% sure. The effect worked well though.