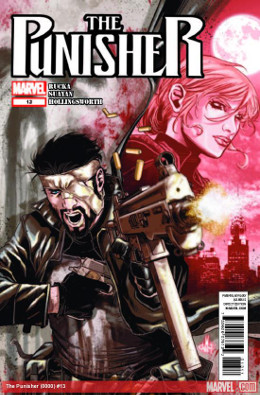 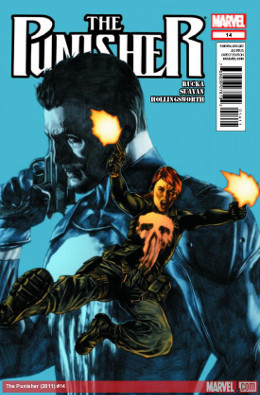 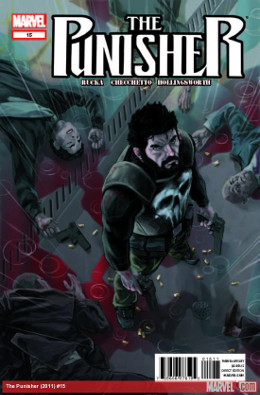 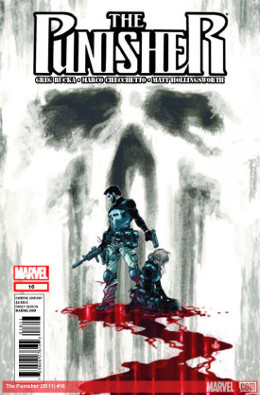 Oh, yeah, some undercover work on a yacht. No one expects the Punisher when he brings an even more deadly date.

I did feel that issue was a tiny bit of filler as they hunt down the Exchange. Like the weapons dealing didn’t exactly fit into any larger plot and seemed to be kind of unimportant. Except whatever Doc Oc weapon they were highlighting.

Rachel’s definitely taking no prisoners as they hunt Stephanie. She stabbed Deano in the artery without even flinching.

Rachel killing Stephanie is definitely pushing her forward into becoming the Punisher. However, I’m wondering how she’s going to react now that she’s accomplished at least part of her mission.

I am wondering about Christian and Stephanie’s relationship and how that’s going to reflect into the book. Is Christian going to go after Rachel with the same type of revenge scheme?

Pretty powerful to have Rachel repeat the Punisher’s words about her dying on her wedding day.

I’m not a huge fan of Suayan’s art. It doesn’t move me either way. It displays the story and not much else. Not horrible. But not awesome.

Dang. This is a bloody issue. What a massacre to end Rucka’s run on Punisher. Holy hell.

But in a way, this is the culmination of Rachel’s time becoming like the Punisher. Sure, neither of them expected Christian to go off the deep end and try to kill everyone and everything and frame them. No doubt, the cops will eventually figure out that it wasn’t the Punisher going on a rampage. Especially given that there were at least a few survivors.

Though Bolt was not one of them. And Rachel has found herself unlike the Punisher.

It makes perfect sense that Rachel would want to have Frank or the police kill her after she shot and killed Bolt. That she’d want death over anything else. I loved Frank saying that no one should be like him.

I’m glad that she didn’t die. That Frank took out the sharpshooters, that Oscar arrested her, and that Norah felt all the pieces hit her life too.

What a fantastic run. (And curious about how Punisher: War Zone will go.)

Follow Rachel’s evolution as a Punisher, buy The Punisher Vol. 3