The D.C. Comic’s PR machine certainly hyped the new Batwoman, specifically the fact that Kate Kane is a lesbian. Before Kate made her first appearance in 52 #7, everyone had an opinion on this lipstick lesbian who was fighting crime in high heels and a cape. However, unlike many who brushed Kate off as a publicity stunt, I’d actually read Greg Rucka’s writing before and trusted him to created a solid background for Kate. For better or worse, 52 was the first DC book I really picked up on my weekly pull list. 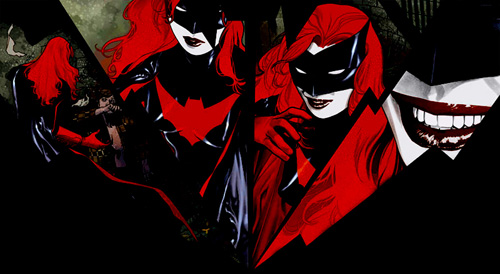 Like her male counterpart, Kate comes from a wealthy family and is a socialite. It’s revealed that she’s the ex-girlfriend (in something of an off-and-on again relationship) with detective-turned-superhero Renee Montoya. However, Renee is not the reason that Kate takes up the cowl.

Kate becomes further entrenched in the verse as the focal point sacrifice for the Religion of Crime. Of course, the Crime Bible is the handbook for all of the DCU’s psychopaths and there’s perhaps no real reason Kate was chosen except for Kane (Cain) being her last name. Both she and Renee work to foil the Religion of Crime’s followers; sometimes in action which oppose one another, which makes having a romantic relationship troubling.

In June, Batwoman became the star of Detective Comics, which is the longest continuously running comic in history and the lead Batman title. This definitely brings her into the spotlight and to regular comic readers’ doorsteps if they weren’t pulled in by the PR-polooza. Moreover, Detective Comics has been a stellar title since Batwoman took over as lead under the creative team of Greg Rucka (writing) and J.H. William III (art). Kate has had a little bit of a makeover for this title. She’s been given a “punk-psychobilly-goth” look and her Batwoman costume has become more practical in form and function. 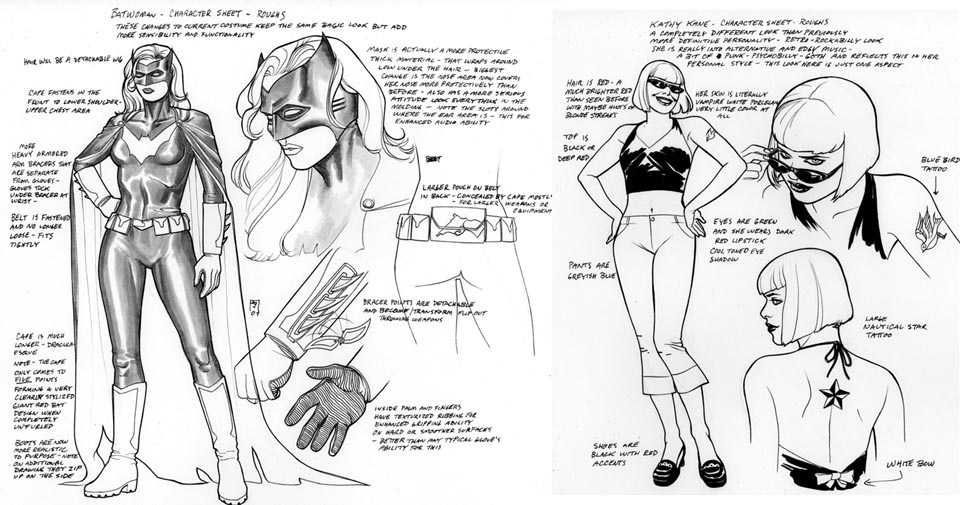 Plus, Kate’s come out of the closet, even to Gotham’s society snobs as she dances with Maggie Sawyer at a charity ball; both the women show up wearing tuxedos. (Her being closeted in comics, while being famous to readers for being a lesbian, was problematic in 52.) 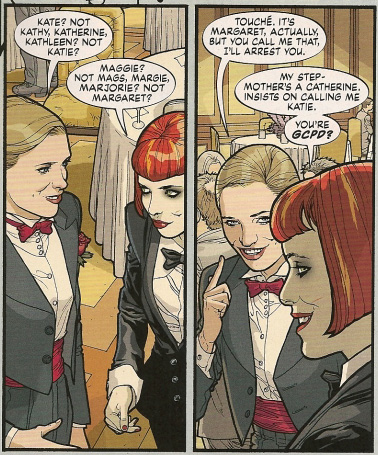 Additionally, Kate’s shown to have a close relationship her father; which it’s always nice to show an LGBT character having a supportive family. Her father happens to be a colonel, which comes in handy with how much military-grade tech gear it takes to be a Bat. 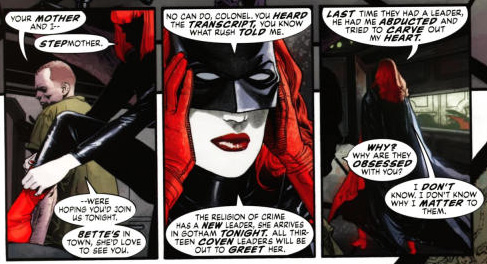 Kate converses with her father while leaving her Bat-lair

Detective Comics is my favorite on-going title hands down. Kate definitely goes beyond her hype.

Dig into who Batwoman is, buy Batwoman: Elegy by Greg Rucka