Okay, this is almost cheating. However, Marvel went and immortalized Tim Gunn in comic book form. And that was the only reason I picked up Models Inc. #1. 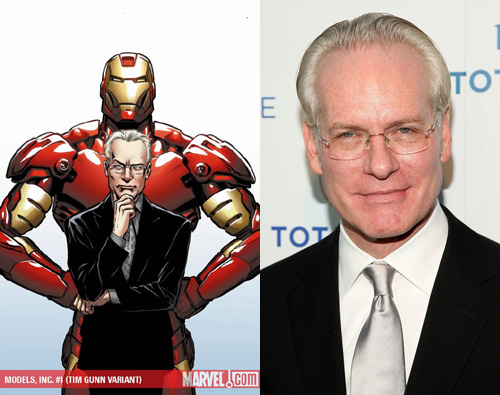 Tim Gunn is most famous for being the mentor on Project Runway, which is where I fell in love with him. He’s truly an amazing mentor to those contestants and the women seeking fashion advice on his other show, Tim Gunn’s Guide to Style. Tim’s also famous for revolutionizing the curriculum at Parsons: The New School for Design in New York City. Tim is openly gay, and one of the most respected voices in fashion.

My review of Tim Gunn’s only comic: Models Inc. #1 by Paul Tobin.

I wanted to like this. I really did. I went back and forth while reading the story. There are just too many weak points and flat characterization.

Oddly, what sealed it to me was when Millie, Chili, Jill, Hedy, and Patsy were hanging out post-photo shoot, they were drinking tea. They would’ve totally been drinking alcohol, not tea. They’re adult women relaxing before a concert. It just really bugged me.

Also, the Tim Gunn feature was rather weak. I hated the inside art as it barely looked like him. And it felt like the writer had taken some of Tim’s buzzwords, put them in a hat, shook it, and pulled them out. 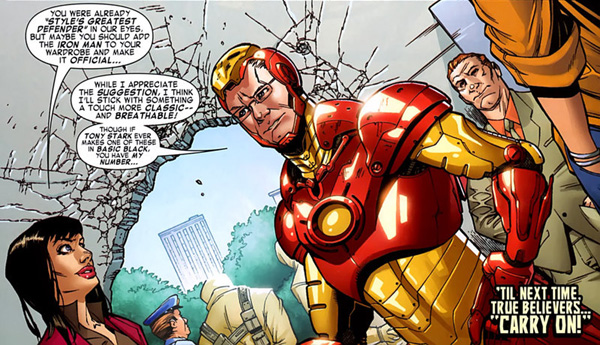 Though I was still incredibly happy to see Tim in the Iron Man suit and knowing how to use. Competence and fashion advice = win.

In conclusion, can they have these kind of covers for Marvel Divas?