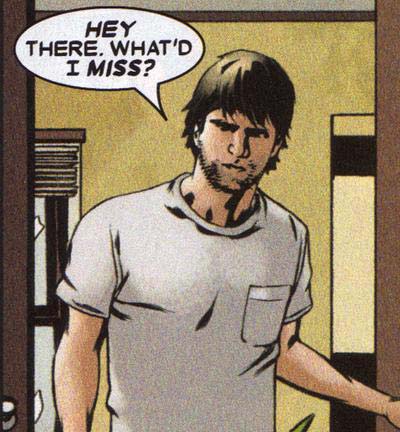 Rictor first becomes part of the X-Factor after he’s captured by the anti-mutant organization, the Right. The Right wants to use Rictor’s seismic powers to create an earthquake in San Fransisco in order incite hate against mutants. However, X-Factor foils their plans and rescues Rictor before any harm’s done. Rictor ends up joining the team and being trained by them. 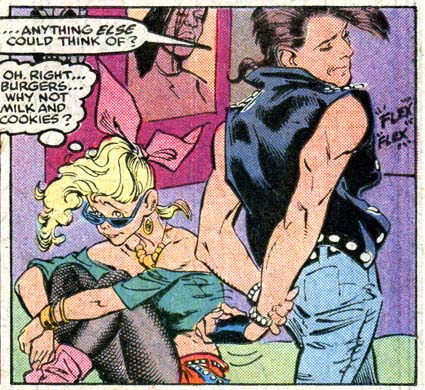 Tabitha and Rictor in their early days

While in X-Factor and later New Mutants, Rictor has relationship with both Tabitha Smith (Boom Boom) and Rahne Sinclair (Wolfsbane). He also had an extremely close friendship, which has recently been retconned to be a romantic relationship, with Gaveedra-Seven (Shatterstar). However, before this, many fans conjectured about Rictor’s bisexuality. 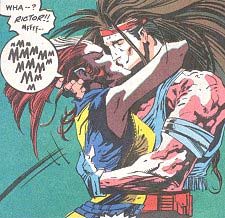 Rictor has had many emotional ups-and-downs throughout the years. He’s suicidal early in his youth due to worry over his powers. Rictor’s only talked down from the ledge by Tabitha.

Rictor’s father was shot and killed by Stryfe, a clone of Cable, during a weapons deal gone sour. This years later causes Rictor to believe that Cable killed his father, and he joins the Canadian government’s Weapon P.R.I.M.E. team to capture and kill Cable. However, this is all sorted out just in time for Rictor to realize that Cable and Stryfe are different people.

Later, Rictor returns home to Mexico to dismantle his family’s weapon smuggling business after his uncle and cousin are killed. Shatterstar accompanies him, and this gives more fuel to the notion that they are a couple at this point. 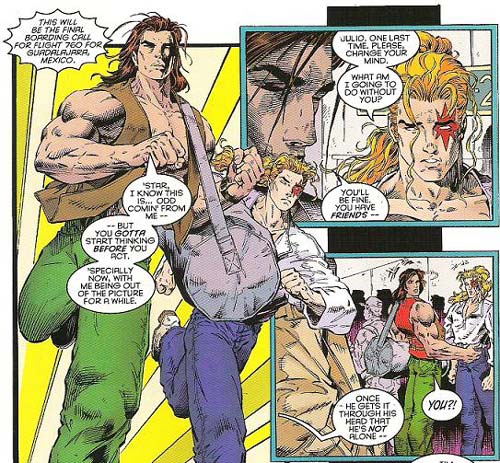 Rictor and Shatterstar say goodbye to each and hello to subtext.

After M-Day, Rictor becomes one of the many mutants to lose his powers. He reveals that in addition to seismic waves, he also used to have a connection with the Earth that he misses terribly. Rictor becomes very depressed again, feeling useless without his powers, and attempts suicide. Monet St Croix (M) saves him, and she and Layla Miller convince Rictor to join Jamie Madrox’s X-Factor Investigations.

In X-Factor V.3 #45, Rictor and Shatterstar kiss for the first time on the comic book page. At first, there were many worries that the kiss had to do with the Shatterstar mind-control plotline or that it would be a one time thing. Much debate went on over both men’s sexualities. 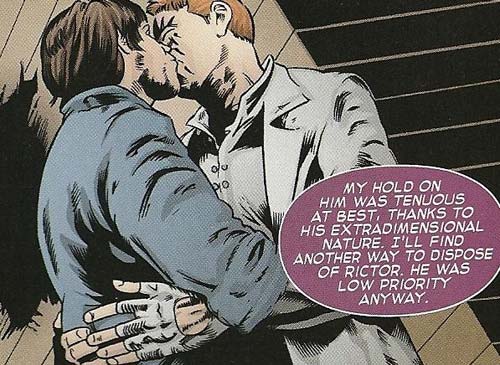 However, current X-Factor writer Peter David has made it very clear in canon that Rictor and Shatterstar are involved with each other and have been on-and-off since their first days together. Rictor even has a conversation about his bisexuality with Guido Carosella (Strong Guy), where Rictor confirms that yes, he’s dated both women and men.

Now Rictor’s sexuality and relationships only have one more test, will other writers keep Rictor bisexual?