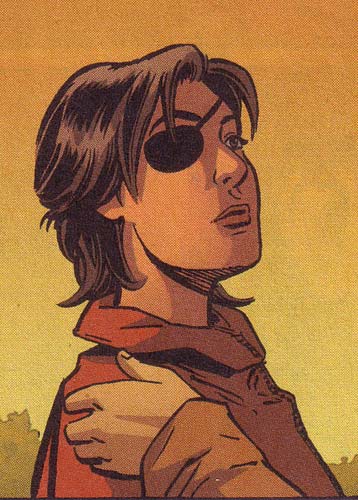 From Brian K. Vaughn and Pia Guerra’s Y: The Last Man, Rose is introduced toward the middle of comics when Yorick Brown, Dr. Allison Mann, and Agent 355 need water transportation from San Fransisco to Australia. A member of the Australian Navy, Rose is undercover on The Whale, a former cruise ship now moving supplies across the Pacific Ocean.

Rose gains the trust of heroes when she, under the orders of her superior Captain Belleville, take down The Whale and her crew for smuggling heroin. In fact, the Navy’s submarine the HMAS Williamson torpedoes the ship, takes it over, and brings it to Australia.

When they finally make it to Australia, Yorick and gang find out the Ampersand’s kidnapper is on her way to Japan, Rose continues on with Allison, Yorick, and Agent 355 to track down Ampersand. The reader’s led to believes this is only because Rose and Allison have fallen in love. 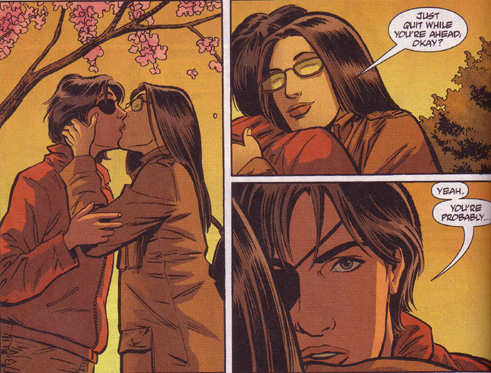 Eventually while in Japan, Rose and Allison go on their own to track down Allison’s mother. Her mother stabs Rose with a jian. Under great pain, Rose confesses that she was sent by the Australian Navy to spy on them; however, she admits she’s gone AWOL because she loves Allison.

Obviously, this puts a lot of strain on Rose’s relationship with Allison. They do end up reconciling before the end of the story. Rose volunteers herself to be impregnated with clones out of love and guilt. And years in the future, Rose continues Allison’s work — human cloning — after her death. 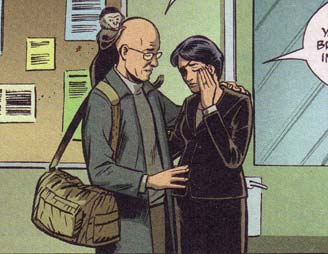