Because if I reviewed everything I read in-depth, I’d have another full-time job. 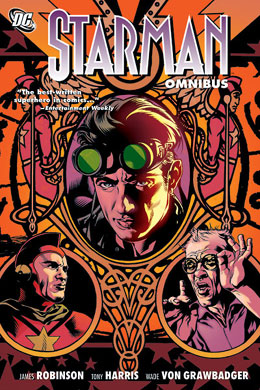 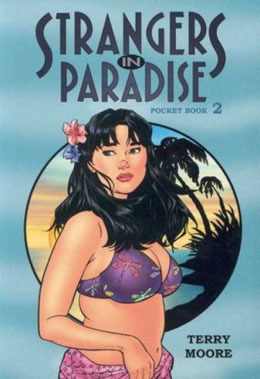 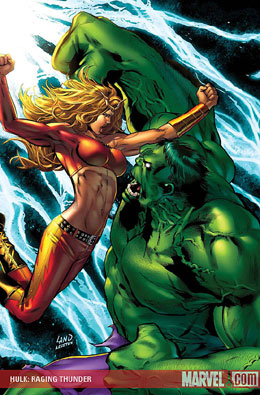 I feel like I should almost apologize for not liking this as much as I think I should’ve. Or as much as much as the guys around me — Steve, who loaned it to me, and Jason — did. I think Starman is well-written, interesting, and entertaining. It just doesn’t capture me the way it did the guys. (Steve was talking about cosplaying as Jack.)

Jack’s a little Marty-Emo-Stu who is an individual for me. Too cool for school. I feel there is a place where he and Nick Hornby’s Rob Fleming hang out together and re-organize their vinyls while listening to sad bastard music like Snow Patrol. Then meet Michael Cunningham’s Will Stassos for coffee. Until Jack has to go fight some crime, that is.

While at the same time, I’ve never wanted to mail a “famous” person anything more than I want to mail James Robinson the View-Master slides from my childhood.

Ahh, beach reading. Which is how I’m looking at this series from now on, ever since the crime syndicate element was introduced.

While I think setting the narrative structured around a flash-forward to an older and sadder Francine without Katchoo is interesting, I don’t think Moore pulls it off gracefully. Even though I read most of this in two settings, I still found it a little jarring.

Though I did appreciate the Xena fun at the end.

I couldn’t figure out if Parker was trying to say that even with cloning technology, women can’t live without men. Or if he was saying, that we can build better societies together and even Thundra’s people know this.

Mostly, I read this because it’s the origins of Lyra, Thundra and Hulk’s child. (And Jason would like to note that he found it in a 25 cent bin for me.) Lyra, the only child born “naturally” (or of female and male DNA) on Thundra’s version of Earth in centuries.

I also think it’s interesting to re-visit Thundra’s world and how today’s writers are dealing with it as it was written in a very specific gender-wars of the ’70s context. And this being comics, very literal war of the genders.