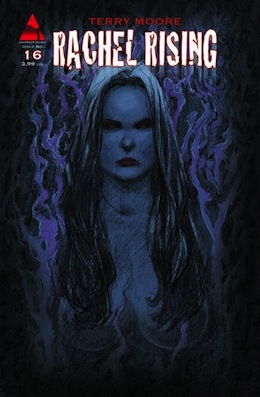 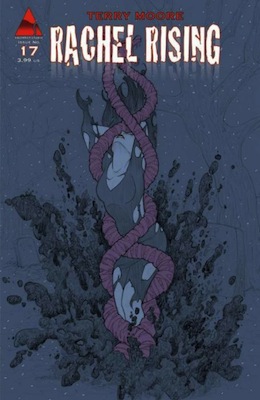 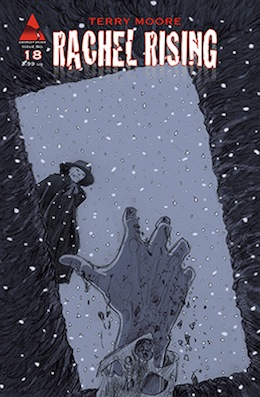 So now we have an evil priest? I think we’re only lacking one or two tropes here. Unless it’s Malus again. Though this priest guy is definitely as old as Lilith.

Who set herself on fire in a ritual.

The whole rats in the water is super gross. I hope that ends soon. Also not a fan of Zoe killing the goat.

I also hope that we find more about what the heck’s actually going on. The book feels a bit stalled in its tracks again.

Whereas the last issue barely had any new information in it, this one seems bursting at the seams with exposition, narration, and everything we know and will know for the next several issues. This is probably the most dialog to appear in a single issue of this comic in its entire run.

Wow, this is a lot of information to digest.

I love how determined Aunt Johnny is to find a resource in her research books. She’s definitely someone who’s based her life on science and things are getting way too Biblical.

Carol is totally a saint. And I love how much both Rachel and Jet adore her and want her to be with Johnny.

Interesting that Rachel’s connecting everything back to Zoe. I wonder what they are going to do to her when they find her. It seems like she can’t be killed, along with the never growing up thing. Except in that she killed what seemed to be her family.

It’s hard to feel bad when sexist jerks are killed by wolves.

And no one is surprised that Lilith reappeared from her fire.

OMG, I can’t believe that Carol poisoned herself, Johnny, Rachel, and Jet. WTF! And for some reason, I don’t think they are actually going to die. Nobody in this town seems to actually stay dead.

Especially since the issue opened with Lilith rising from the fire, and then she brings those hunters/jerks back to life. Or maybe their ghosts.

Somehow I feel like Malus is inhabiting this priest. As he trains Zoe to kill more people. Or perhaps she’s the only one who can kill Lilith and crew.