First of all, I implore you, comic book fans, to buy this book. #SaveRachelRising. Moore may be stopping production of the book at issue #25 due to low sales. This has consistently been one of the better books I’ve been reading. 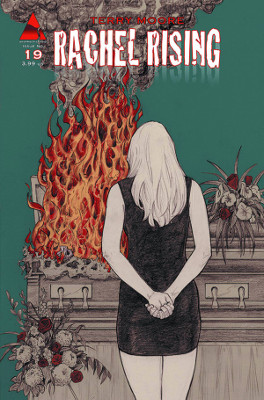 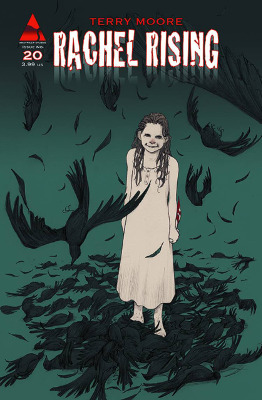 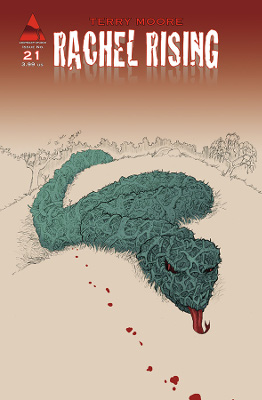 Interesting that Bryn Erin (Rachel) was resistant to Lilith to begin with and that she had some sort of powers by her own right. Though I’m pretty skeeved by the interactions Lilith had with Bryn Erin’s parents, Lucas and Mary. I don’t think this story needed that element. Or perhaps Moore reminding us that the 1800s were much worse for women.

I’m super loving the twist that Bryn Erin’s love James died and was reborn as Jet! This totally means there’s a love connection between two. 🙂 And that it’s actually Bryn Erin’s fault that they keep rising from the dead.

Of course, Earl keeps watch over them. I still can’t believe that Carol poisoned them.

Unsurprised by the reveal that the pastor’s actually Malus. Seems like Zoe trying to outrun her fate isn’t working. I hope for her sake that Malus’ predicted unholy rape is a future she finds a way to avoid. I do appreciate that she mocks him for being so predictable and so like Jesus.

Interesting to see James/Jet come to terms with the missing memory discovery. And wanting to still go rescue his sister, Mary Scott.

I’m not sure how keen I am on Jack, the knife. I don’t know how I feel about ancient relics of evil causing people to commit crimes or them being a line of evil. I know this is a world of magic, but still, it’s just not a trope that I like.

This is just a smidgen of a boring issue. At least, the action doesn’t seem to be moving forward and the creepy doctor is back.

I feel like we’re reviving Johnny mostly so we can explain how death works in the universe. In that, it’s not like Moore hasn’t had a lot of chances to do it before. I do like that it does establish that you have to have the sap from Lilith’s tree in order not to die.

So Zoe’s literally running away from her fate. Somehow I think she’s going to be blocked from leaving town. It wouldn’t be the first time we’ve seen that. Interesting that Moore has her save the dog after almost killing it. I wonder if this is supposed to start making us feel more sympathy for her.