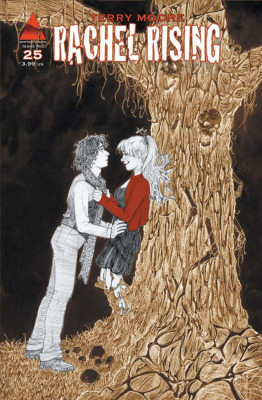 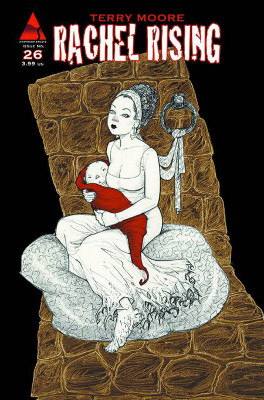 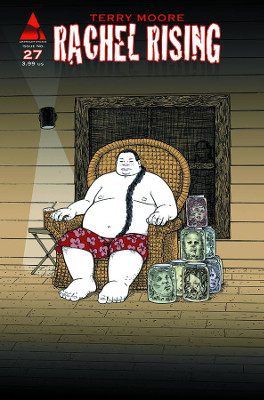 So I’m assuming it’s been a few weeks or a month since the last issue? I’m glad to see that they hunted down the dog and got Aunt Johnny back. But they really need to fill her in on the backstory before something terrible happens because she doesn’t have all the information.

I assume Malus is still out there and pretending to be priestley.

I’m not sure which of those methods was more humane to kill rats by. Both sound pretty terrible. Though I suppose it’s better to have Zoe occupied killing rats than making her own fun.

So now we’re going to find Carol’s killer and the poisoner of the rest of them. I like how Zoe immediately knew that it wasn’t Lilith’s style. I’m betting the creepy doctor guy.

This felt like a lackluster issue, and not just because there wasn’t major action, which I didn’t expect. But the only movements of the plot forward were Johnny being excited about being healed (and finding a head scar), Rachel touching Satan’s sword, Zoe informing her Lilith was still around, and Malus taking over someone else’s body.

Well, I suppose that we have plot two, which is a serial killer. Seems a bit anti-climatic after all the heaven-and-hell and world ending plots. But I’m sure that Moore will make a twist to fit the book.

I’m not sure about Johnny’s advice to Earl to tell Jet that he loves her. Sure, Jet’s nice and all. I’m just not actually convinced that she’s straight or that she’s not in love with Rachel. Of course, maybe that’s just Strangers in Paradise all over again.

Zoe and Rachel ordering fast food and their interactions with Rooter were pretty hilarious. I like how frank Rachel is about being dead, and how no one believes Zoe’s threats at all. I do really dig that it looks like Moore’s going to be giving Zoe more backstory, beyond being a forever child assassin. I liked that she killed the former classmate because he upset her because she hates being a forever child.

Is Ray the Freddie character? Or is he going to be our serial killer?

I do think it’s kind of odd that everyone just went back to life. But I suppose that’s actually what happens.