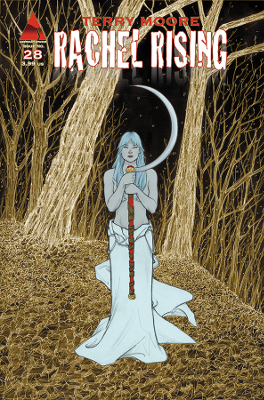 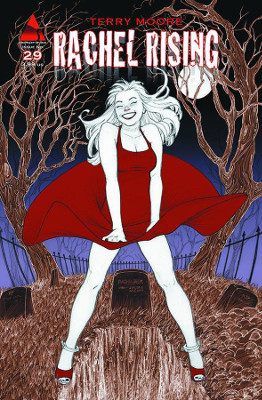 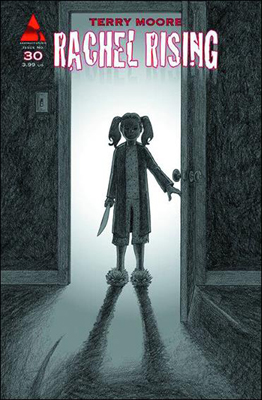 Oh, Malus is back in business. Zoe was pretty stupid to leaving the dying body next to another person. She should’ve known, but then again some of her behavior is very child-like.

That dead man looks like Freddie. I know Moore has said all his comics are in the same universe, but…

Jet is getting herself into a heap of trouble. She’s definitely seeing a nastier human side of town than perhaps Rachel has. I’m curious to see more of this world.

Does Johnny not know about Zoe and her origins? Why would Rachel hide that from her? Seems rather important to keep the information flowing between them. Rachel does, after all, trust Johnny and vice versa.

Loved the opening scene with Rachel pulling a Batman, looking over Mason. And Zoe giving her shit the entire time. I’m surprised Rachel didn’t dangle Zoe over that ledge on purpose. She was spot-on in calling Zoe a bitter old woman.

I’m curious now about what the woman who’s hosting Malus meant by her ominous words to Zoe. Or perhaps Zoe did something off-screen that we didn’t see? Malus seemed either content to die or that his implantation into that woman really didn’t stick long term. But whatever else, it’s chilling to see Zoe transform from “little girl” to hardcore killer.

Oh, Rachel, this was a creepy thing to do. I’m with the cat on all accounts, and I kind of felt bad for Zoe, finding her body.

Rachel’s moment with the guy working at the hardware store was touching, but at the same time, a little out of place. We’ve been so entrenched in this supernatural world that it’s hard to remember some people do things because they’re evil, not because they’re forced to by demons.

I like this moment with Zoe, showing that somewhere she cares and somewhere she realizes that she need Rachel in her life. That her life has been less of a shithole since she met Rachel and Jet.

I shouldn’t be surprised that Jet was out and having sex in a truck. While Jet seems more wild since her death, we really didn’t know her all that well beforehand.

The spirit of Malus endures. Interesting to note that it can go into the bodies of animals, not just people. Pretty much makes everything, but a concrete coffin-style solution, out of the picture for containing the badness.

Interesting to see that Rachel is actually dead when this happens. I bet she’ll be finding Claire when she wakes up.