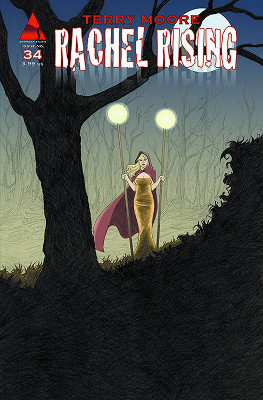 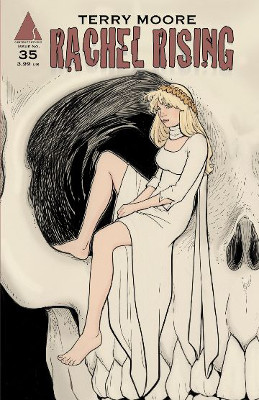 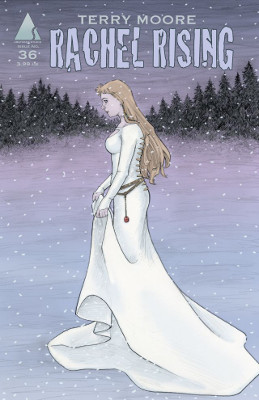 Jet and Earl are the cutest. I do hope that Moore has time to dig into the the reasons why Jet can only feel Earl’s touch and nothing else. They are well-matched characters. Also with Lilith back in town, full force, they’ll probably relish their togetherness in the face of adversity. Or Moore will use it to rip our hearts out.

I’m interested to see what Lilith’s been hiding. And how this might bring Rachel and Zoe on her side instead of working against her.

This reveal of Rachel as Lilith’s sister should’ve happened many issues ago. Not to mention that there are a bunch flashbacks which weren’t shown during the actual time of the series with Mary Scott. I guess I’m not one for obtuseness to last 35 issues.

And then Zoe slips up and reveals that Lilith has asked for Rachel’s help beforehand.

Okay, if we solved some of the reasons why people are alive again, it still doesn’t solve the Aunt Johnny query or even Jet.

Oh, Rachel and Lilith fighting and fighting. We definitely get that they’re sisters, Moore. Love to see Zoe getting super frustrated with them.

Their neighbor Lillian was pretty much the best. The reveal about her killing her husband in cold blood and that gaining Zoe’s affection and Rachel defending her as a good neighbor was pretty great. Lilith is right about how no one in that town — except maybe Earl and Johnny — doesn’t have innocent blood on their hands.

Not surprised to see Jet and Earl hooking up since his touch is the only thing Jet can feel since she died. Plus, ever since the reveal that past life Rachel and Jet were in love, they haven’t been as close as friends. It’s been sad to not see that thread resolved.

I like this twist and retelling of the creation of the world in Judeo Christianity. A sister is really what a woman needs over a man to keep her company in paradise.

Though who knows whom this hairy guy is.

Get some sisterly affection in Rachel Rising Volume 6: Secrets Kept.