Since this review was posted, Scott Lobdell was outed as an abuser. As comic books are a collective effort, this review will remain live, but I cannot in good faith recommend purchasing this book or other works by this person.

Sadly, due to the rising cost of comic books, I’ve had to take a look at my pull list and make some cuts. Having this blog has really helped me in keeping track of which books I’m enjoying and which need to go. Books I’m cutting: Action Comics, Dark Avengers, Gotham City Sirens, and Nomad: Girl Without a World. 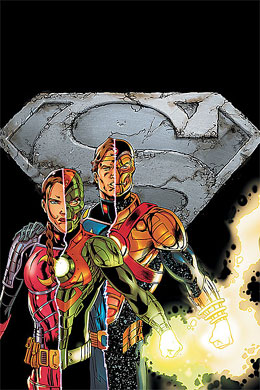 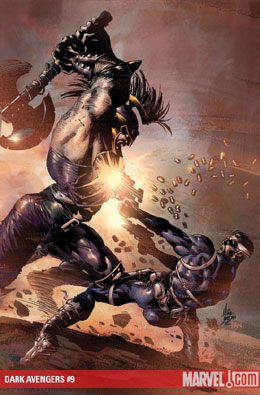 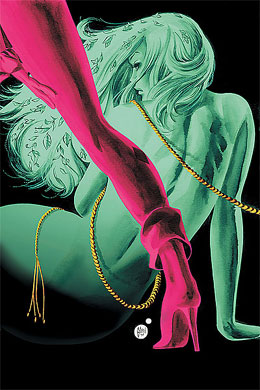 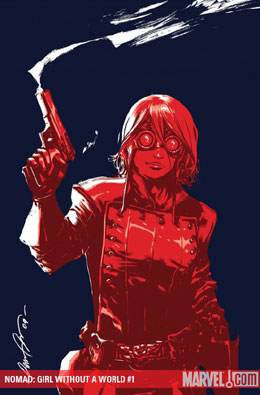 I picked up this comic based on Rucka’s talk at Emerald City Comic Con. He made it sound interesting and a Superman-comic not about Superman. I’ve never been a big Superman fan, except for Lois & Clark. And in the past, Rucka has been really great at taking little known characters and making them accessible to everyone.

However, I hate to say that I won’t be picking up this comic anymore. Not when I saw that the storyline was continuing in Supergirl. I’m really not into picking up any other Super-comic. And I admit, I’m having a little bit of a hard time understanding what’s going on in this comic due to not knowing Superman’s world and kin very well.

Ares confronting Phobos and, moreover, Nick Fury has been what I’ve been waiting for in this comic. I do love how unstoppable Bendis makes Ares. Though I imagine that it’s a hard balance to write a god in comparison to the superpowered. How different are gods than mutants or other-phenomenally superpowered?

I’ve always enjoyed the conundrum between Ares as god/superhero and Ares as father.

The ending to this was extremely satisfying as Ares lets Phobos do what Phobos thinks is correct and for the first time, admits Osborne isn’t the correct side. (I wouldn’t mind seeing a more in-depth look at how the God of War chooses sides; but then I’m not sure how interested I am in Ares without Phobos around.)

Despite really enjoying this issue, this book’s getting cut from pull list. Mostly as it’s a bunch of men and Moonstone trying to sleep with them. Of course, Victoria Hand just deserves her own book, end of story.

My one-star doesn’t have to do with the writing or the art quality. It has to do with the plot. This is a story about Poison Ivy, Harley Quinn, and Catwoman. Last issue, Harley was kidnapped by Hush, who was pretending to be Bruce Wayne. Obviously, this issue was going to be about doing some detective work trying to find her. (This is after all one of the World’s Greatest Detective’s comics.)

However, this entire issue is all about the Riddler and Batman trying to stop some murders that may be vaguely related to Harley’s disappearance.

The women only appear in two scenes: 1) when they hire the Riddler to find Harley and 2) in a follow-up phone call.

Since this comic couldn’t even have more than two issues completely featuring the women it’s supposed to be around, it’s going to be removed from my pull list.

Nomad: Girl Without a World #1 by Sean McKeever

Another new comic I was hoping to love that fell flat. Though with this one, perhaps I just like McKeever’s writing better when I can read the whole storyline. But the entire time, I just felt that he’d rather be writing another redheaded high schooler named Mary Jane Watson.