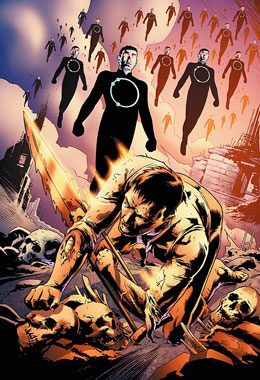 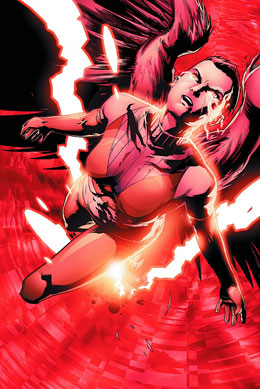 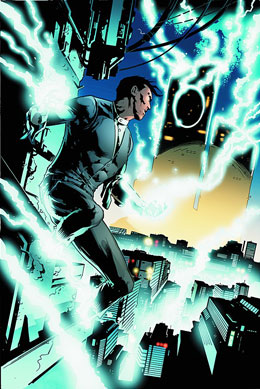 The Authority #14 by Dan Abnett and Andy Lanning

This book should be title, The Authority: Divide and Conquer. Let’s count…

Jenny Q and the Doctor: MIA

Apollo: Affected with the Warhol-virus and crazypants

Midnighter: On a quest to cure Apollo. I’m going to guess this island is Avalon. Since we’re in Scotland and there’s either a dragon or Nessie, why not?

Angie: Totally tricked by Lorenzo and the Golden. (Who wants Jenny, any version will do, to fry him alive, again?)

Swift: Tossed into the Bleed as bait for Angie to go after her.

The Authority #15 by Dan Abnett and Andy Lanning

I’m happy the entire plot with Swift, Angie, Lorenzo, and the Golden ended quickly and was mostly used as a vehicle to give Angie an upgrade. I see some Gamorran butt kicking in the future. Swift being able to see all the Earths in the Bleed, and Angie being able to communicate with them is really perhaps the first expansion of their powers since Ellis’ run.

Lorenzo: totally got what was coming to him.

Of course, the big horned green god is just killing people. Don’t people realize their the sacrifice. I kind of wished there’d been the extra page or two where Midnighter had taken him out this issue, instead of the next.

The Authority #16 by Dan Abnett and Andy Lanning

Now this is the type of issue I’ve been waiting for: to see the Authority up and kicking ass once again. Jack was completely correct that Kaizen made the biggest mistake by taking him into the largest still-living city. I did love the continuity shout-out with the empty egg.

Okay, Apollo’s still rather fucked. But aside from that…

The reveal of the Green God’s secret identity is awesome. Happy, happy, joy, joy. This is the happiest I’ve been with The Authority in a long time.