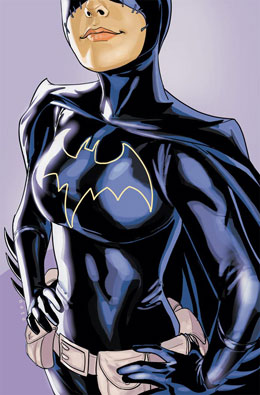 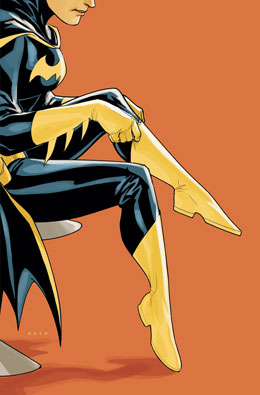 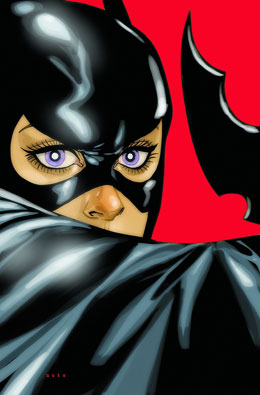 So far, I’m loving this book. I haven’t read a lot of the Bat-verse stuff with Stephanie Brown, so she’s a relatively new character for me.

When I heard Batgirl was relaunching, I was afraid they’d go with a younger Batgirl and have this book be more of a teen focus. (I do love Dixon’s Batgirl: Year One so it’s not that I don’t like teen books on principle.) So I’m really happy that Stephanie is a young adult going to college.

And of course, Barbara figured out who was taking on her old mantel. She always does. (Her involvement in the book also made a good case to start rumors about her taking up as Batgirl again, which helped in the supense of who Batgirl was going to be.)

I really enjoy this book as both a reshaping for Stephanie and Barbara. (Granted, I still miss Birds of Prey. Though maybe that’s where this title is leading, to another incarnation of BoP. However, then that would be redundant in Barbara’s storyline.) Stephanie and Barbara just push each other’s buttons in the right way.

Scarecrow’s a pretty big villain for Stephanie to face in her first plotline. Though pretty awesome. I’m really looking forward to reading more of this title.

The confrontation between Batgirl and Scarecrow was excellent. I love seeing Stephanie apply her knowledge learned in college to her fight. Not to mention her internal conflicts springing forth; I’m surprised Barbara never appeared in Stephanie’s hallucinations, especially given her voice was in Stephanie’s ear the whole time. Stephanie and her hallucinations as focal point in this fight worked really well in explaining who the new Batgirl is and how she’s different from Barbara or Cassandra.

Of course, the best moment was back in the Batcave. I loved seeing Barbara give Stephanie her own Batgirl costume. Hopefully something which stands up to shredding a little better.