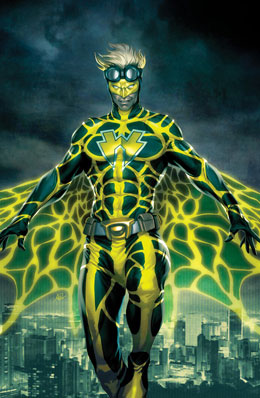 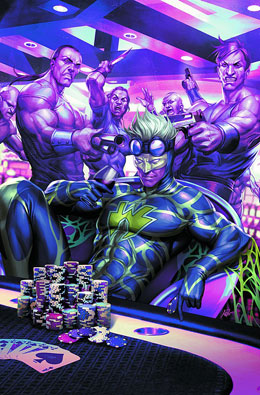 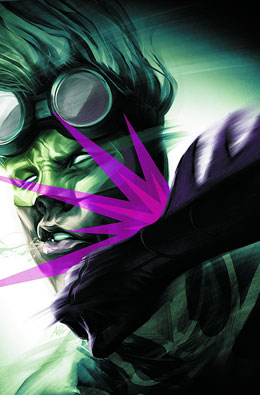 The Web #1 by Angela Robinson

This comic is interesting. I picked it up because it was nice to see another female writer added to mainstream comics. (Robinson makes 2 women among countless men for those counting.) I read another review which described John as “a Bruce Wayne re-imagined for the internet age.”

I like the tech. I like the crime plot. However, I felt the pacing was a little too fast. I know I’m a fast reader, but even I finished the comic way too soon. We’ll see what #2 is like.

The Web #2 by Angela Robinson

Again, I thought the pacing was a little fast in this comic. However, this could be because Robinson is a director. It does seem more movie and less comic book. Not to mention, she only has a four-issue storyline.

The pulp feel is really cemented in this story. John’s living his double-life as a playboy and gambler. But then he’s cheating with his tech. And of course, April, the girl, holds all the answers.

I really loved how John’s outsourcing his crime-fighting. Even better, I loved the lackies in their Web-suits wanting John to give them orders. Him telling them to go find their own crime was hilarious.

The Web #3 by Angela Robinson

This comic was awesome and full of hilarious meta about the internet and the superhero community. I loved Web crowd-sourcing his manhunt. Perfect. And lucky him to have a built-in audience and fanbase. Plus, Stephanie and him have a really fun snarky back-and-forth.

I felt like it really picked up pace. Okay, John still needs to find out who really killed his brother. And there’s still the girl.

However, John managing his employees with their web-tech was some well-played humor, and I hope the next writer keeps it going. There’s nothing better than the motivational boss speech turned on its head. Now if my company meeting included fist fights that might be something to write home about. I don’t know why they didn’t figure their suits had off buttons.