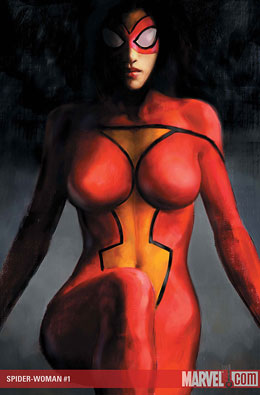 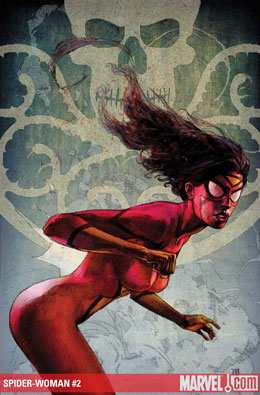 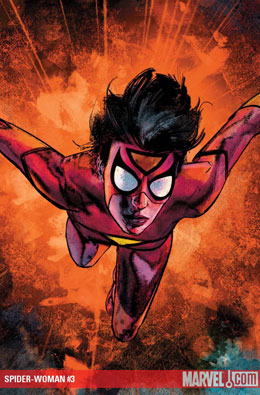 This is a f*cking great comic book. This is why I got into reading comics. This is why I read Bendis’ books, even when he starts pulling it out of his shoebox. Of course, let’s not forget the awesome art by Alex Maleev. This makes me feel like it’s worth the cover price. (Okay, I still think $3.99 is ridiculously expensive for a comic book, but right now I’m in an amazing comic book high.)

I’m okay with Jessica being suicidal; mostly because I know Bendis won’t kill her as he loves her and has more issues to write. Her monologue is spot on. Jessica is perhaps the most hated person ever since the Skrull Queen impersonated her. (However, luckily for her, there’s probably a big event around the corner to erase everyone’s memories and make someone else public enemy number one.) The comparisons to Wolverine were wonderful in a self-deprecating hateful kind of way.

I’m so happy Bendis is using Agent Brand because she’s great and that means her character will survive longer in the main Marvel continuity. The simply tech she gives Jessica and the talk were nifty.

The fight with the Skrull was beautiful drawn. And I’m glad Jessica mentioned that a fall from that height hurts, even if one has superpowers.

Again, this is a really tightly crafted story. I enjoyed it a great deal. The gritty realism of Jessica waking up in the dirty prison fits the scene exactly as it should’ve. This is not a place where three meals are served a day and you get outside time.

Even when Jessica’s not using her hormonal powers, she’s manipulating the police officer. She gets him to let her scan him without too much protest. Her hormones only push him the rest of the way to let her go.

I was a little throw out of the story by the comment about how when she uses her hormonal powers, it feels the same way as peeing. What exactly does that mean? Like it’s natural? A necessity? Is it like peeing on someone to debase them? Or is the pee-like tingle associated with g-spot orgasms and pleasurable for Jessica even if she doesn’t want to admit it? I was far too distracted by this line.

This is such a pretty comic. Alex Maleev’s art’s brilliant. It works so well to tell a beautiful, but gritty storyline. Beside Detective Comics, this is probably the best art in a comic I’m currently reading.

Madam Hydra coming to find Jessica is not surprising. Jessica’s always been one to “work” for more than one side.

Interestingly enough, Jessica still considers herself an innocent, or at least this is what she tells Viper. This felt a little off compared to how she felt about herself in the first issue. Not that she’d be honest with Viper.

And what will our hero do with a prisoner Skrull and no rules?