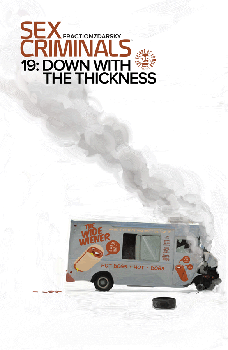 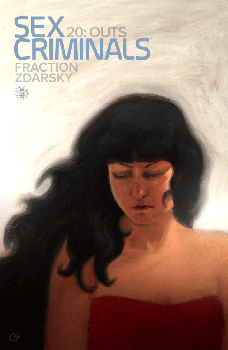 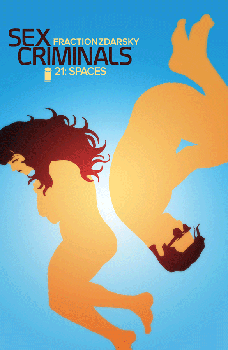 This is not going to be a very funny book if Jon actually gets someone killed.

Though if Suzie moves away and this book stays with Jon, I don’t know what I will do either.

Maybe we can just stay with Alix instead. Or Rachel and Rainbow’s very messed up child.

This was not a very funny issue. Of course, I did not expect it to be. Jon and Suzie’s breakup was a long time coming. And, of course, they would have sad breakup sex before they actually broke up in the Quiet.

Rachel had a miscarriage I take it? At least this is what I got from this scene. She seemed far more upset than if she’d gotten an abortion. (Though a medical drug abortion does make your hormones crazy.)

Alix forever. Though I’m also like “run far away from Jon.”

We learn a few things about our sex police. Kegalface almost lets him talk about his feelings about Kuber. But she’ll be having none of that.

Somehow I don’t think Jon is completely out of Suzie’s life. Given their unique situation, and Jon being determined to take the sex police down. But let me tell you, when Jon does his sad walk through the park, in the Quiet, and pets a dog, I just found a better use for freezing time, petting all the dogs.

My favorite part of this issue is Anna just taking down David. She’s so right about how sex with her is sex with all the versions of Jazmine. How David wanting to make her come is all about his ego, and not her actual pleasure. Though one does wonder how he got Kegalface off if he’s that bad at oral. Anna’s lecture though is so universal in the men who think they can please women. It’s not about the women, it’s about their toxic masculinity.

I rather love how no one is happy. Or perhaps some people are happy, but not our main people. Moving on from relationships is hard, and sometimes, you make the wrong choices. That doesn’t mean I think Suzie and Jon should get back together. I do not think so. But they need to figure out what it means to move on from each other.

Even if they both inappropriately dress as Freddie Mercury at a party.

Jon’s working at Cumworld, and he’s dating a woman who’s polyamorous and/or maybe a sex worker. Not quite sure, but I’m definitely interested in learning more about Polly. I already really like her, even if she has the bad taste to date Jon.

Dewey is feeling so important in Jon’s little group. If they only knew the way they make him feel so important.

Oh, Myrtle and David, there’s more there. I feel bad for Anna. She always gets the short stick.

OMG, Zdarsky’s grocery store is hilarious. I spent so much time reading all the cereal boxes and labels. The best. One of the few times I wished I had digital editions of these issues so I could zoom in.

Suzie’s mom and her vagina group with those pillows. Another solid scene of comedic gold by Zdarsky.

But yeah, Geoff is the worst. Or the most boring. I mean, robbing banks are out of bounds, but Suzie could find someone better who isn’t Jon.

I hope Abnermal is immortal. That cat! (See, put a cat into a book, and I’m like 5 stars! Erica’s comic book writing tip #1.)