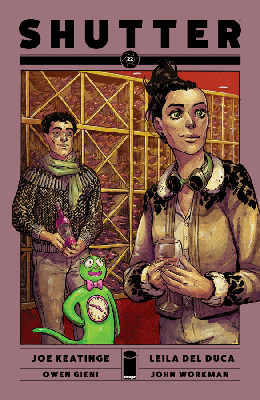 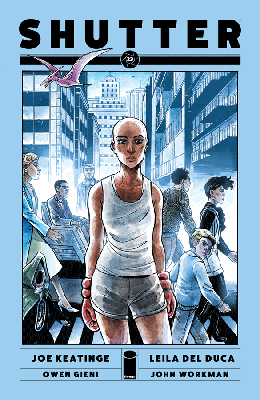 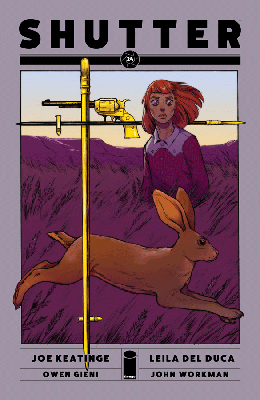 I cannot believe they killed that many characters. I mean, in this book, a lot of characters, who you think are completely 100% dead, do come back to life. But also characters who are like gutted, stabbed through the brain, or cut in half do die.

Ulisses was pretty transparent about the fact that he was going to betray them all. I didn’t believe for one second that he wanted to help in anyway. I get Prospero threatened his daughter and wife. (And Christopher was the worst dad.) But still.

Yes, I totally love that Cassius makes contact with all the Alarm Cats. They will have an Alarm Cat revolution, and Christopher Jr. will be the only human left standing. I’m really okay if that ends up being the end of Shutter. (I assume this book will be ending with the next arc.)

Speaking of how Christopher Sr. is the worst, he continues to be the worst. With the worst timing. I don’t really understand how Kate survived this battle, except that she’s our main character. But maybe she’s in the hell that her father created.

Cassius the revolutionary forever. Just forever. He’s my favorite unhinged character, and I don’t care if Keatinge now refers to him as evil. I will love him forever.

I had to take a long break from Shutter after the last issue. In fact, I didn’t pick it back up for about six months.

And maybe I should’ve?

Mostly in that a bunch of people who we thought were dead are still alive. In fact, it’s impossible to say if anyone died in that last battle. It didn’t really make any sense to mass slaughter everyone. (Except that I believe we’ll find out it was a big fakeout to make Prospero (and Cassius) believe everyone was dead.) If Keatinge were a showrunner, we’d ask if he did the mass slaughter for the ratings.

I still feel that I’m missing something that’s happening in the story. There’s an important thread that I’m not getting. It feels like I missed something very important in this story. Though with the tagline on the last volume being, “Kate knows everything; we don’t!”, this nonsense seems to be on purpose. I do not actually trust Keatinge to pull this story off because I do not see the coherent thread in all the action, and I do not believe it was all planned, especially since Cassius, who was originally supposed to die early on, has a big role.

I’m not sure how I feel about this digression to explore Huckleberry’s life. I mean, it’s lovely that she’s still alive, and that Keatinge took the time to tell a small story about her, since we don’t know much before besides the sharp shooting and dating Kate.

Okay, Huckleberry’s momma was a hard ass who made her shoot things for meals. They were probably poor. They lived in Montana. Her daddy made her love painting, and she’d rather paint than be a sharp shooter. And now she doesn’t have a hand and doesn’t want the one Aline made.

This book needs to be done.