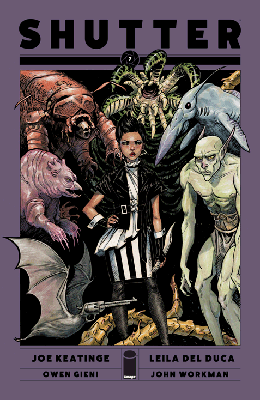 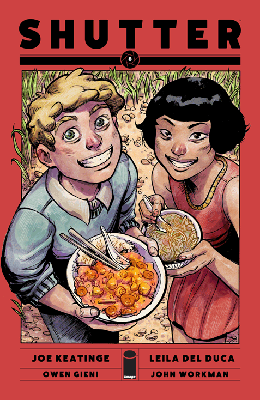 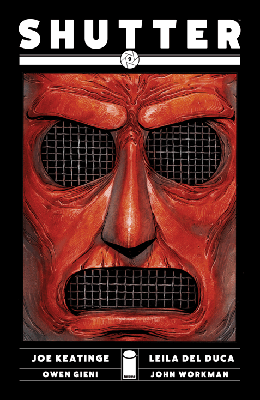 First, I am very glad that Alarm Cat is not actually dead. I was upset as Chris was, and then as joyful as Kate was when she hugged the headless cat.

Still not sure how I feel about so many characters just getting killed off or surviving when we think they’re dead. Ekland survived? Possibly Shaw? But with Kate and Chris already in the hands of their still nameless older sister does that mean their deal is over?

Too much battle and not enough finding out new things about this world for me. Except that Kate and Chris aren’t two people that you’d take to a battle with you. And the battle just made this book not very fun anymore, highlighted by the knife to Kate’s gut.

The scenes with Alarm Cat and Chris were just ripping my heart out. Seriously. I almost started crying. I love Chris and Alarm Cat as bffs forever. This and Aline and Kate’s friendships were the two scenes where I’ve felt that Keatinge has written his heart into them.

The Sunday comic strips about Alarm Cats were pretty amusing and clever.

I’m glad Kalliyan has a name. I do have to agree with Kate a little bit in that if Kalliyan came after her to show her the truth about their father, then she really didn’t do it the right way. Or at least a way to get herself heard. I mean, I assume that Kalliyan knew enough about Kate to know that they could have a conversation, even if an angry one.

I’m going to assume those at the survivors from Kalliyan’s village, not all their siblings. Though Chendra seems to be family, either about sibling or Kalliyan’s daughter.

I guess we’ll have to wait until next time to figure out what’s behind the door and making Kate cry.

I was not expecting the reveal that Kate and Chris have the same mother and father. This also means that Kate’s mother knew her father was still alive. (Though it also remains to been seen when the last time Kate talked with her mother was.)

What I found most interesting about the world in 1889 was that it appeared far more “normal” than the current reality Kate lives in. Except for those dragons in the sky by the Eiffel Tower. Maybe this was just an oversight on Del Duca’s part. Which made me think that the dream world was indeed where Kate was already living. (Of course, the dragons in the sky could be a mistake in themselves.)

Hopefully, Kate can live up to her promise to return to Chris. Good thing she didn’t give him a timeline, and she just promised that sometime they’d be together again. I’m surprised that Chendra did not go under the care of the General as well.

Not surprising that Kate stopped Kalliyan from bringing her army. Though I didn’t expect her to toss aside all their weapons. Sure, don’t show up with a submachine gun. However, a knife or four in concealed places wouldn’t hurt. Kalliyan may just have a moment to say, “I told you so” at some point.