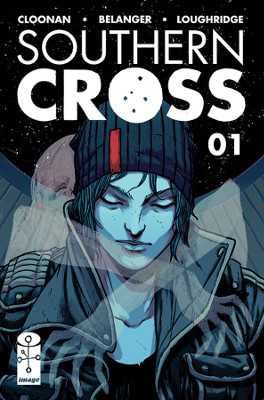 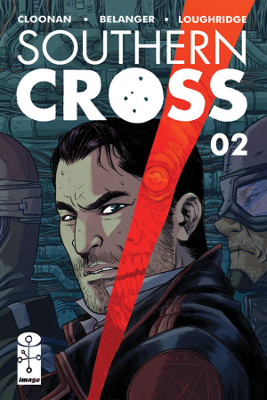 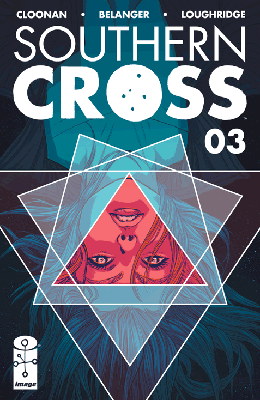 I’m super digging this issue. I love a murder mystery in space that’s probably corporate cover up. Alex Braith is a pretty great character so far. I would fault her on how much she immediately hates her roommate, Erin, even if I would entirely do the same thing.

St. Martin is an awesome character. I hope we see more from the first officer. I also liked Captain Mori Tetsuya quite a bit.

Of course, Erin is the one from the corporation that’s supposed to cover up Amber’s death. Or investigate it. Or whatever. Yeah, Alex better quickly grab that file and start reading before Erin puts two-and-two together.

Belanger’s art is a great accompaniment to this story. I like space travel shown to be as gritty and cramped and slow as it will be in the near future. This is where it starts. Not like the slick ships of Star Trek.

Amber screaming in the heart of the engine was extra freaky. Seems like we have something else going on here.

And Erin McKenna has disappeared, seems to be literal. Much more than Alex was ever expecting. I really thought the two roommates would’ve had some discussion about Amber’s death.

Instead, Alex has two murder mysteries which she must solve. And I’m going to say that it has something to do with the gravity drive.

Zia continues to be one of my favorites. I’m kind of hoping that she’ll be playing the Scully to Alex’s Mulder, at least when Alex gets further into the investigation.

The last few panels are super creepy. Only thing worse than a zombie is a muscles and blood only zombie coming out of the wall like a bad flood. I hope that we find out that Alex has passed out and is having a nightmare. But really I’m 50/50 on it being real.

So it’ll be Mori as the one to help Alex investigate what happened to Amber and now both Erin and Flask. I still can’t tell if this is going to be something a corporation unlocked, something that’s a space mystery, something that’s a supernatural mystery. It some ways, it reminds me a lot of 20001: A Space Odyssey and draws inspiration from the kind of Bradbury and Clarke tradition. Maybe with some ghosts or something.

Alex is such a ride or die, which probably explains why I like her so much. Even if she’s a tad directionless when her sister she defends is dead. Alex definitely has a crush on Mori. Who is ripped and has cute hair. Though I know, we were supposed to see those scars on his back from some creature.

I don’t trust Dr. Wells. He acts really suspicious all the time. Not to mention Zia seeing Alex and spying on her. She sure has just been around when Alex tries to get information. (Maybe she’s jealous. I couldn’t figure out if she was sleeping with Mori, or just trying to stop someone from interrupting her captain’s sleep or solving a mystery.)

I like the chef character as her friend. It was a relief in the book to find someone just being nice to Alex for the sake of being nice.