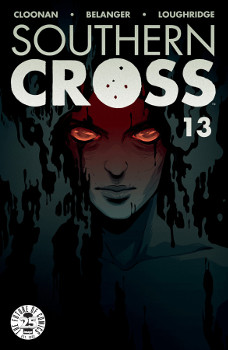 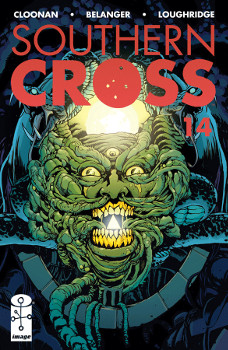 This issue felt anti-climatic, especially with all the hoopla over getting Alex back. (Alex who’s now in Amber’s body.) And all the mystery about what they found beyond seem to be some angry aliens ready to destroy everything.

I suppose that we always have to get to a point where we’ve figured out the evil and then we have to shove it back to hell. Maybe also send those corporate overlords right back with it. Speaking of them, I don’t see them in this issue. The other group looks too scrappy and very Mad Max. I am a huge fan of Pichelli’s look.

This issue did make me think a bunch about Belanger’s art, and how I’d like to see him on a book which takes place mostly outdoors. Like a Western with a bunch of expansive skies. I appreciate his details, but sometimes the details of the people, of their gear, of their surroundings, and then of the wall are so much. There is so much texture everywhere in this book, and I love it, but it gets crowded in the indoor places like the space ships and transportation vehicles. I loved the scenes outside with Loughridge’s bright yellow sky choice.

Mo is a much better character now that he is dead. Especially when he had to be the calm one when they were in danger.

What I did not like was the killing of Trhn. It felt very bury your gays, especially since Trhn was getting nervous about seeing Alex again and worried she wouldn’t be able to kill her. And then Alex (in Amber’s body) immediately says that they’ve killed Trhn by leaving her behind. What a way to die with a tongue in your brain. I won’t be French kissing anyone for a while as that was gorey.

Since Belanger wrote this issue, I’m wondering if that’s what’s up. Like every tick on the id box and a complete tonal change.