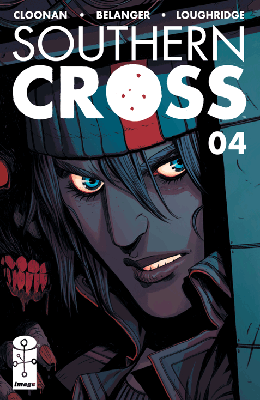 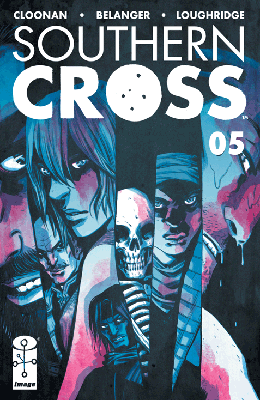 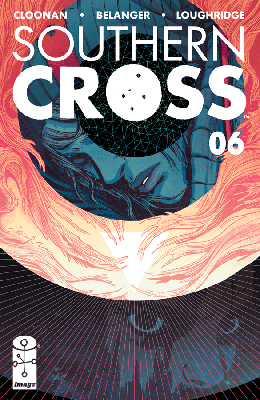 I knew Dr. Wells was up to no good! Or you know, just tried to drug Alex so she wouldn’t cause anymore troubles. Though interesting that Mori came to find her to bring her to Dr. Wells for honest help.

Having space sickness seems like extra bad. Except that you can see the ghosts! Or the aliens! Or the dead people!

Kind of sad that Zia’s helping smuggle drugs. Though for me, the world building fell apart when Alex takes the Wolf’s Blood. We don’t really know enough about this universe to know what kind of drug this is. We don’t know what it does and how it could possibly help with the current situation. Though I’m going to say that Wolf’s Blood is the reason why Alex was in prison the last time she saw her sister alive.

I do like the energy Cloonan’s putting into a message about how being strong isn’t about being alone.

So Wolf’s Blood is some kind speed and helped counteract Wells’ roofie that he gave to Alex. Or something like that? Except that Alex can see dead people — or aliens pretending to the be the dead people due to some ancient artifacts and their mysterious powers of the universe. And it seems like the ship is now on course to meet those aliens. Did I get all of that right?

I really want to continue to like Cloonan’s books. I love a good mystery and so does she. But these plots — here and in Gotham Academy — do not have consistent middles and endings. They don’t track through and through. There’s always some deus ex machina waiting around the corner to explain away the plot holes. I kind of want to see a straight up mystery from her without super powers, magic, or aliens. Without drugs that give you a special kind of vision or dead relatives issuing warnings.

On the other hand, Belanger’s art keeps this book creepy. I read this issue during a bout of insomnia and needed a palate cleanser before heading back to bed.

I’m interested to see how the mystery pans out and if Alex remains the hero. She may need Mori’s help with the ship, but I am worried that he’ll become more of the hero. Or they’ll all just die or be like the guy at the end of the 2001: A Space Odyssey.

So wow, this feels like 2001: A Space Odyssey. You know, maybe if the aliens were kind of assholes instead of neutral good. Or whatever.

I’m glad to see that Alex remained the one in control of her story. Mori helps her, but he doesn’t suddenly become the one to save the day. We even find out that he’s not 100% good, but he’s going to take a shot at redemption. The entire Zia plotline just makes me really sad. Though there were a lot more people still on and alive on that ship besides Alex and Mori when it wormholed.

From what I gather though Image’s terrible marketing, this series will continue. Maybe? I’d like to see where it goes given what giant wormholes we just opened. Quite literally.

There’s certainly the Seven Hands there, wanting to get their payday.