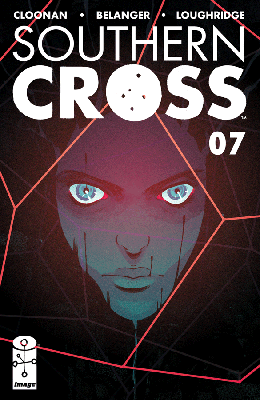 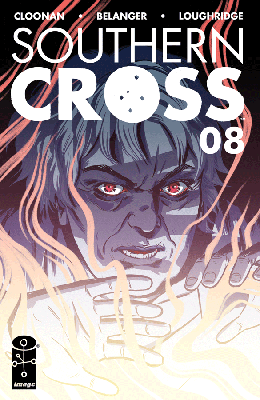 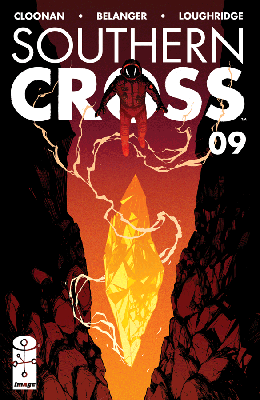 I’m really not sure what to make of this story. Especially since apparently everyone from the Southern Cross is dead or vanished. Except Kyril, who survived on an escape pod. Though there is still someone trying to kill him.

The story feels disjointed. I do think it’s the effect of the long stretch between issue #6 and this one. In fact, I’d given up on the story ever coming back.

This book does feel very much like a TV show. It feels like it would make a great adaptation. I know lots of movie studios and TV networks are hunting material in comic books. Maybe that’s what Cloonan is going for.

Seems like this society might have a few problems with their leader dead. Hazel also knows more than she’s saying.

The only thing this issue confirmed was that 1) there’s an ancient artifact behind everything and 2) it makes everyone go a bit mad. Of course, we already kind of knew both of these things due to what happened to the Southern Cross. Though Kyril seems oddly sane for someone who’s been in close contact to this artifact. Artifact of clear alien origin.

Forsythe is one of those mid-level manager bullies who just got more power. It’s no surprise that the workers revolt, and the entire place becomes chaos.

Hazel is correct that Kyril is naive about what’s going to happen. They better get out of the station and to that cave if we’re going to solve any kind of mysteries.

This book changes massively every single time I pick it up. I think it’s one thing: murder mystery, hacked space equipment, drug problems, spaceship travel, miner rights and riots, political scheming, mobster action, action adventure, etc. I suppose the main part is the mystery of what these artifacts actually are.

I don’t remember the Seven Hands in the first part with Alex. Which seems odd, especially now that Kyril admits to working for them and knew that Alex was one of them. Though she was sincerely on the Southern Cross to go to Romulus to find who murdered her sister.

Hazel is definitely a Judi Dench-style badass. At least that’s who I’m currently seeing as Hazel if they made a Southern Cross film. I want to know a lot more about her. Maybe this arc should’ve been completely from her point-of-view, instead of splitting time with Kyril.

I’m not sure about this Holt guy or Mo. Mo is likely to sell everyone out for some dust. Of course, he was also selling everyone out for a cup of tea back in Hazel’s quarters too. “I can’t remember the last time I had a cup of tea” has to be one of the saddest sentences ever.

I’m glad they didn’t linger too much longer on the rig and were able to get out among the chaos. There are three issues left here to resolve this arc and maybe the series.