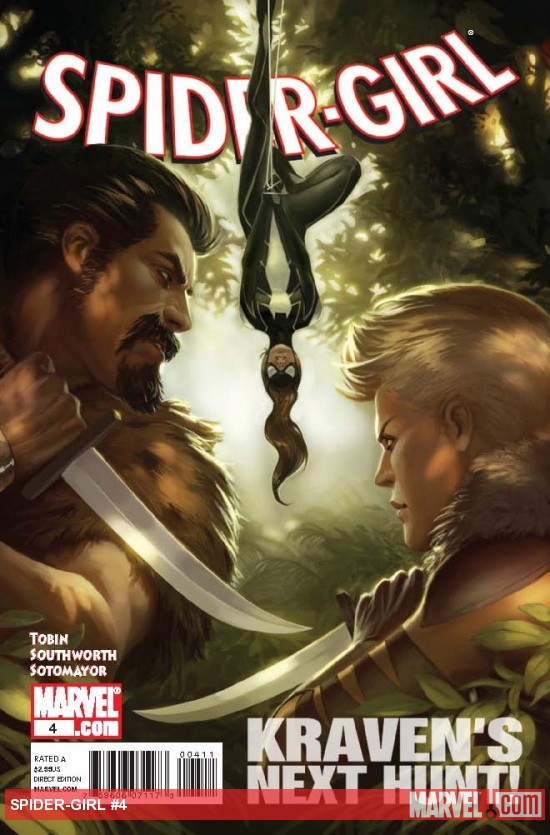 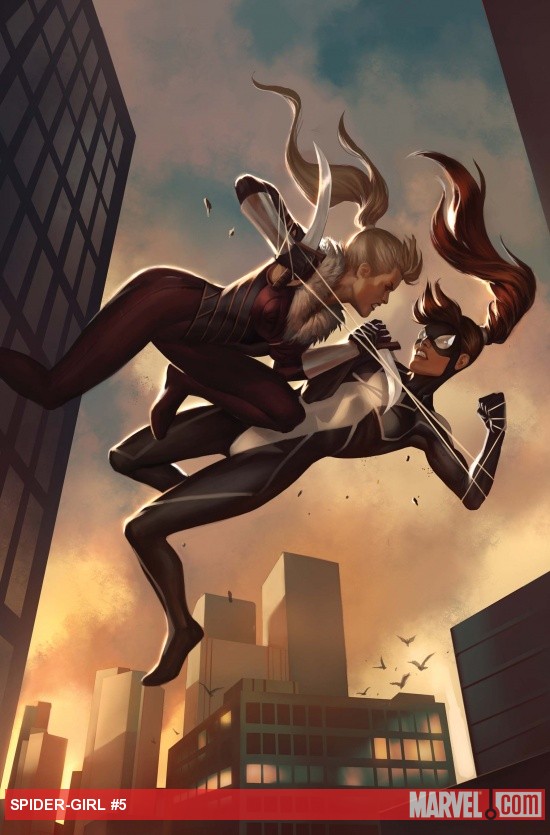 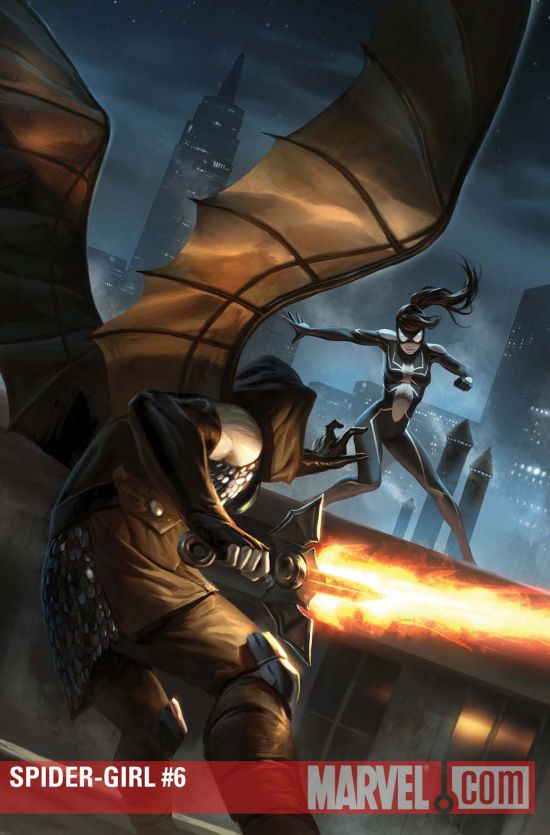 Ooh, I’m starting to really love this title again. I think there are two major reasons: 1) Ana Kraven as the new major villain and 2) Southworth’s art. I’m so excited for Southworth that he got this gig.

I really enjoyed the juxtaposition of Anya tweeting her activities, Ana tracking her, and Anya figuring out that she was being follow and who was following her. It worked well to give the story layers and intrigue. Much better than just another fight with Speedball.

I love that Rocky is moving in with Anya. It makes more sense than a 16-year-old living on her own, even with that scholarship from the Fantastic Four.

Southworth’s art really gives a wonderful feel to this story. His art is very current, and I love how different each character is under his pencils. Each one has a distinctive look. My only slight critique is that Anya and her friends look older than they are. But in a way, that too fits with the book’s theme in how Anya must be an adult now that her father is dead.

I’m really looking forward to where this title goes, and I hope that Southworth stays on as the artist.

I loved Anya using her wits and the city to outsmart Ana. She’s right; Ana was trained in the Savage Land and is far more used to jungles with trees and animals than urban jungles. I particularly loved the moment when Anya made Ana chase her to the top of the Baxter Building.

As much as I think Tobin’s use of Spider-Girl’s tweeting and being put on YouTube is cleaver, it does get a little much at moments. Plus, in 10-20 years from now, it’s going to age this book a lot. Even more than Cable’s mullet.

I’m not sure who’s trying to recruit Anya or what’s going on there at all. We’ll see.

Rocky remains super awesome, and I’m hoping Sophie isn’t some spy, but I think she’s the woman we saw earlier. Boo. I want the addition of more friends in this story.

I really wish Anya would start investigating these creepy guys; she’s got the creepy neighbor and the Hobgoblin spying on her, not to mention Raven. Even though she may not have spidey-senses in the same way Spider-Man does, sometimes Anya needs to listen to the voice in her head. And investigate.

I hope there’s plenty of more moments in this comic with Rocky and Anya doing the roomie-bonding thing. I love them. And Anya trying to gracefully cover up her Spider-Girl costume with her bathrobe.

While the twittering and other use of social media is fun, I’m surprised that more people haven’t figured out that Anya is Spider-Girl. Especially when she talks about her recently killed dad and her schooling. Seriously, there are a lot of clues as to her real identity there. A villain or investigative journalist with half-a-brain could pretty simply figure it out. Or you know, Phil Urich (the Hobgoblin).

I really enjoyed Anya’s fight against the Hobgoblin. It was really well paced, and despite Spider-Man’s frets, I think they were pretty well matched. I like that Anya picks up on Hobgoblin’s tricks and uses them against him. Additionally, it showcased New York City and the urban environment the same way that Spider-Man’s books often do.

Pick up this title yourself, buy Spider-Girl Vol. 1: Family Values by Paul Tobin