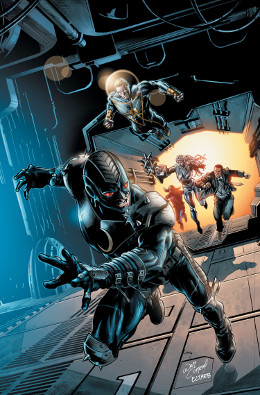 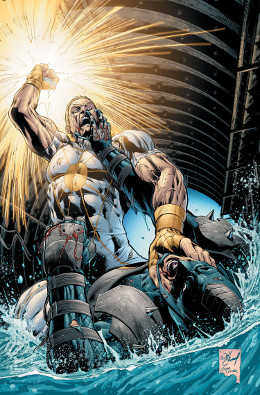 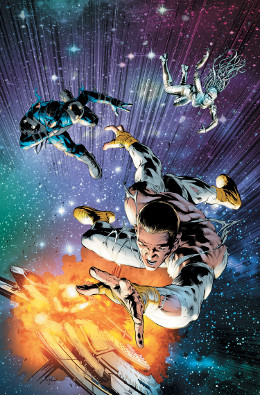 Stormwatch #15 by Peter Milligan
Art: Will Conrad and Cliff Richards

Yeah, I’m not really happy with this current plotline. I just want Stormwatch to continue on their missions and for Apollo and Midnighter to be cute and flirty with each other.

I can’t really buy that they haven’t at least known each other enough that they would immediately turn on Midnighter. Especially since they aren’t all very sure about those Shadow Lords and think that Adam was killed by them. It seems very abrupt.

I do love that Jenny’s still doing interventions, even when she’s a small child. I thought it was a nice callback to the comics before the reboot.

I’m glad that Emma’s actually going to get a storyline. Even if she did get herself kidnapped again. I thought Jack’s line was uncalled for, especially since he was abducted himself by aliens; it seemed a tad out-of-character for him.

Can we get some better artists on this title?

Not into it. Harry Tanner is boring. Yawn.

Though I’m incredibly glad that everyone figured out it’s Harry, not some Shadow Lord. However, I’m not onboard with the Engineer being all about helping Harry. I hope that she betrays him and is the one that ultimately gets rid of him.

But now Midnighter and Apollo are free to date. But first, they might have to do some making out. I mean, making up.

So let’s take a moment to talk about how both Angie and Jenny, who are the only minority characters, are either dehumanized completely or knocked out. Yeah, thanks for that book.

As much as I like Harry being played, this entire plot with Angie going evil/dehumanized seems out of leftfield. And it seems to really negate anything we’ve seen Harry do before this. I mean, he was doing a lot of evil.

Plus, I just hate the “and now I’m going to destroy all life on Earth!” plots. They are so boring.

Midnighter and Apollo should just make out. The End.

Follow the adventures of Stormwatch for yourself, buy Stormwatch Vol. 3: Betrayal