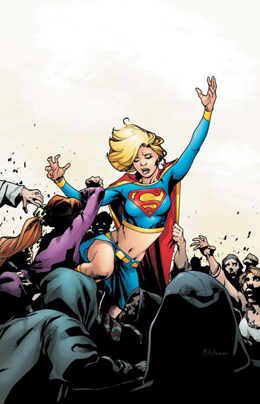 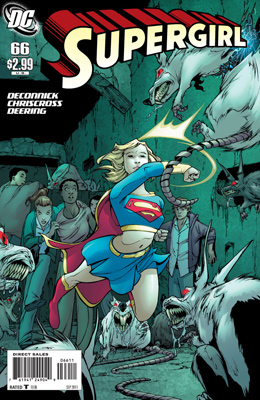 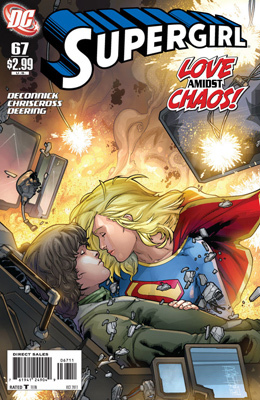 I enjoyed this story a lot. I like how Lois expects Supergirl to follow in her footsteps as an intrepid reporter, but how undercover, Kara admits to her new roommie Shirley that she doesn’t know what she’s going to be when she grows up.

The Silk Pajama Society led by Henry Flyte is such a college thing that it felt perfect. Yes, there’s always totally that guy on campus, who knows everyone and hangs around far beyond when he was supposed to graduate.

This story is a lot of fun, and I’m really enjoying the slight mystery of a secret society kidnapping college kids without ties for their own plans. I’m also hoping for a lot more scenes with “Aunt” Lois and Kara interacting. Too few women interact in comic books, and too few have positive mentor/mentee relationships that I’m digging this short run.

I feel like the art is getting worse. This makes me really sad because the story, I’m really loving it so far.

This Mystery Inc feel of going into the tunnels was pretty awesome. Well, if Mystery Inc had someone with superpowers on their team. I love Kara running around in the dark and blowing up the robotic spy rats. Though I don’t know how she’s going to explain why she disappeared and Supergirl appeared.

Of course Henry tries to make friends rats. And Professor Ivo being all pissed off that Henry’s not as smart as expected when he doesn’t realize they’re robotic was pretty entertaining.

Lois seemed a tad bit off. She’s a brash lady, but she seemed way too eager to get to the point here. Like she might as well have said, “Evil villains, I know what you are up to, but I, Lois Lane, will stop you.”

Again, I feel this comic is really being held back by the art. And also the time constraint. I feel like this Supergirl storyline could’ve risen higher had we got to know the other characters just a little bit better. Maybe a couple more issues.

That said, I continued to love the Mystery Inc feel of it, and how yes, Supergirl did some smash and bash, but it was really the other students who saved the day. (The ones that I’m having a hard time finding all their names.) I loved the scene where the one young woman had the electric zapper they made and was like “of course, I’m awesome.”

I did want a little more Lois. But, I am glad that the story focused on Kara and her crew.

Kara’s romance with Henry was cute. However, she didn’t do such a great job at hiding her superpowers. Oops.