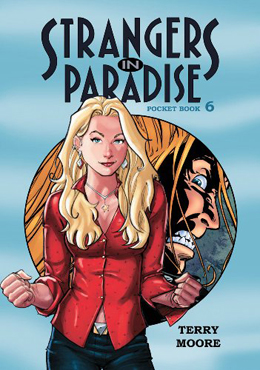 I read this volume in an afternoon. I was eager to finish the story of Francine and Katchoo, because as much as I love them — and I do — I felt that it was time for their story to end. Their happy ending. Now I’ve heard that they don’t have a real happy ending when Moore reorganized the story to be linear and put it into omnibus format, but I’ll take it as published. Not only do I want the happy ending, I also feel they deserved it.

And to say that it’s a fully happy ending would be lying. There are non-happy parts. END_OF_DOCUMENT_TOKEN_TO_BE_REPLACED 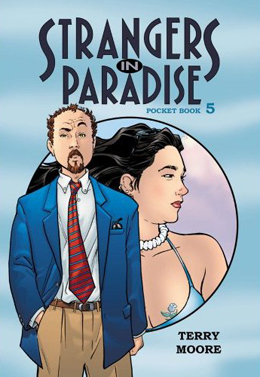 I’m so glad that Moore finally got around to telling David’s story. How David had been presented before this, you always figured that he was a softie. A softie from birth, the nice one to his sister’s black heart. However, once upon a time, it wasn’t so. David was little thug, trying to be a big thug. Trying to be part of his father’s (and uncle’s) mob army. However, he killed a young Chinese boy named David and this changed his life.

Because of his father’s family ties, David gets off for the real David’s murder. But it changes him. He goes away from his family. He takes David’s name as a constant reminder of what he did, and he goes to school. When he comes home, Darcy is in charge of the evil empire as their father is dead and the mob has a power vacuum. Darcy is the one who takes the Parker Girls beyond anything their father dreamed of.

But since this is David’s tale, it focuses on the incestuousness of Darcy’s feelings for her brother. And David’s somewhat inept and vague rejection of her. I can’t always tell if David is just used to his sister END_OF_DOCUMENT_TOKEN_TO_BE_REPLACED

Casey Bullocks-Femur is the peppy, bisexual aerobics instructor from Terry Moore’s Strangers in Paradise. While the comic mostly focuses on the on-and-off-again romance of Katchoo and Francine, Casey manages to burst her way into the plot several times throughout the series.

Casey is first introduced as the new girlfriend and eventual wife of Freddie Femur. Francine takes an immediate dislike to her as Freddie is her ex-boyfriend who cheated on and humiliated her before dating Casey. END_OF_DOCUMENT_TOKEN_TO_BE_REPLACED 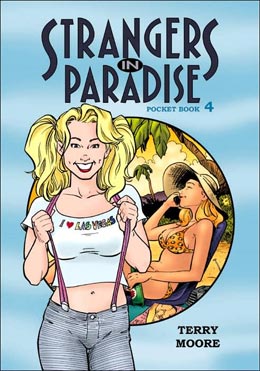 Strangers in Paradise (Vol 4) certainly keeps up with the quality of writing and art in the other three volumes. Moore does not disappoint there.

However, what does drag on and drags the narrative down is the once again off-and-not-quite-on nature of Katchoo and Francine’s relationship. As much as the readership and the narrative wants Katchoo and Francine together, it does get tiring. And I can see why, when talking about Strangers in Paradise with other fans, they’ve stopped part way through the tale and throw up their hands in frustration.

Don’t worry, gentle readers, I already own the next two volumes so I’ll be finishing it. END_OF_DOCUMENT_TOKEN_TO_BE_REPLACED 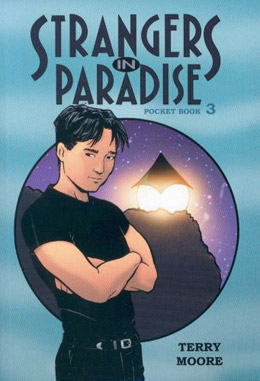 Terry Moore certainly has a talent for writing soap opera-type plots. I wouldn’t call this volume a thriller, but it had elements. It also had a lot of heart, which is really what makes Strangers in Paradise the great series that it is. You care for Francine. You care for Katchoo. You care if they ever get together. You also end up caring for David and some of minor characters who start to shine like Casey. But let’s face it, no one is ever going to like Fred.

Moore does a great set-up of telling the reader he’s going to recount the tale of how Katchoo lost Francine and why the inseparable duo hadn’t seen each other in 10 years. But, of course, the reader sees their old dynamic coming back. Just how easily Katchoo slips into Francine’s life by making breakfast for Francine’s daughter Ashely and her mother Marie. When Katchoo tells Francine, she has a beautiful home and life, Francine starts to cry. And there Katchoo promises Francine she’ll never leave her again. END_OF_DOCUMENT_TOKEN_TO_BE_REPLACED