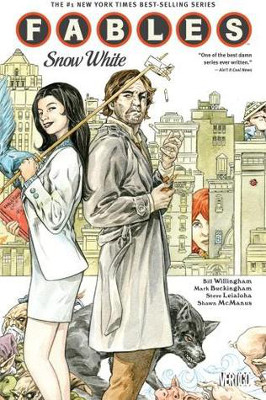 Then we meet Prince Brandish. Or more that we discover Werian Holt is actually Prince Brandish, who back-in-the-day was betrothed to Snow White after she and Rose Red broke a curse where he was turned into a bear. Frankly, after seeing more of him in action, he was much better off as a bear. END_OF_DOCUMENT_TOKEN_TO_BE_REPLACED