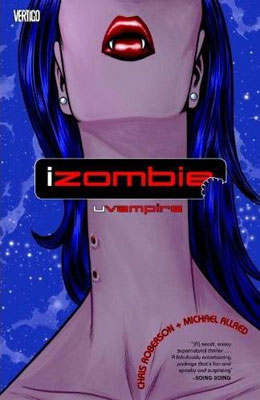 iZombie continues to be packed with a lot of different storylines and tales to tease out of it. Allred’s art is still beyond awesome, and one of the most enjoyable parts of the book.

I love the story about Gwen as a human, which worked as both nice insight into her pre-death (definitely not one who believed in monsters) and as an introduction to Tricia, her former best friend.

The entire story of Spot and his grandfather Marvin was a little weak. As much as I appreciated backstory on Spot, it was a little too much all at once. We found out about Spot’s childhood, his entire relationship with his grandfather, how he became a wereterrier, and how he met Gwen and Ellie. 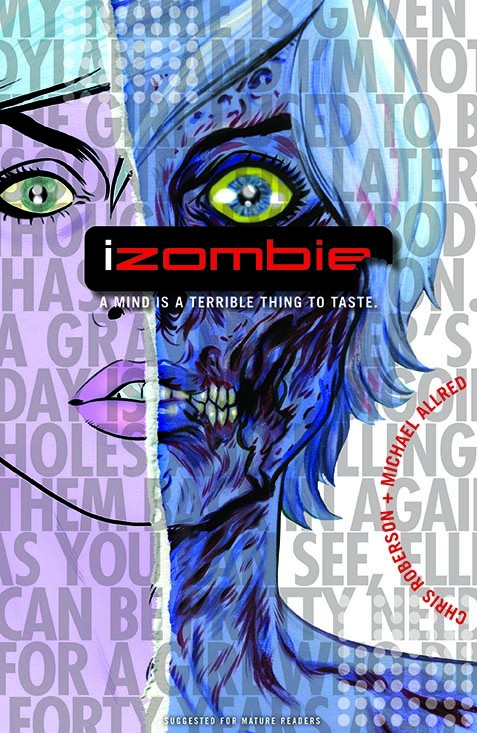 I, Zombie (Vol 1): Dead to the World by Chris Roberson
Art: Michael Allred

This is such a fun comic. It’s wondrously stylized and a gorgeous comic book. I, Zombie is a beautiful read. Even if it is about an undead woman that eats brains.

Roberson does a great job at setting up the characters. I appreciated that not all of them had met before, and that they all had different levels of knowledge about the supernatural. In five issues, Roberson sets up a lot of plots and a lot of stories that I can see becoming different arcs of the book.

Gwen as a character has a lot of heart. END_OF_DOCUMENT_TOKEN_TO_BE_REPLACED

While some comic books may number in the 600+, every year many new comic books come out. I like taking chances on new comic books to see if they fit the type of stories that I want to read. Here are my Top 5 #1 Issues in 2010. 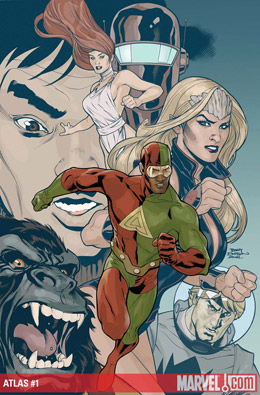 Jeff Parker really hit it out of the park here. I loved this. I love Atlas. I think it’s a well-balanced book for those just joining Atlas’ adventures and those continuing along the journey.

Read all my reviews for Atlas and buy Atlas: Return of the Three Dimensional Man 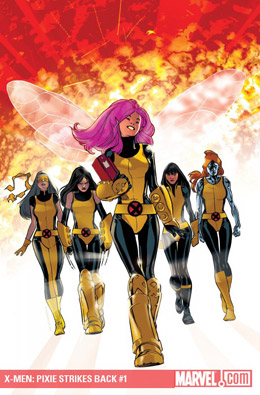 4. X-Men: Pixie Strikes Back #1 by Kathryn Immonen and Sara Pichelli

Read my review for the entire miniseries and buy X-Men: Pixie Strikes Back 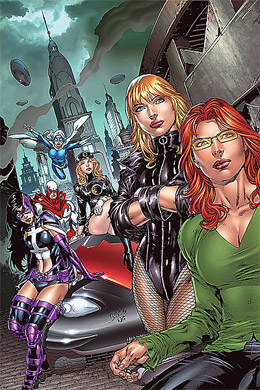 3. Birds of Prey #1 by Gail Simone and Ed Benes

Simone outdid herself as she gets back together with the Birds of Prey. Yes, it would have to be Babs calling on Dinah and Zinda, not the other way around. Dinah may have left, but Babs is the one who pushes people away. Much like her mentor Batman does.

The scene on the roof was so perfect. All of them together once again. Everyone’s reactions were spot-on. Loved this line from Dinah: “One day these women will learn to say what they really feel without thinking it makes them vulnerable. If I have to beat the living crap out of ’em to make it happen.” Oh, Helena, I felt the same way you did. 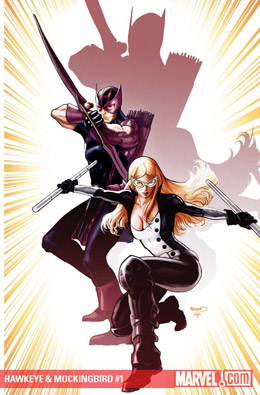 I loved this to bits. I thought McCann’s miniseries, New Avengers: Reunion about these two was fabulous, and I’ve been so excited about this issue ever since the series was announced. I was very much, just get Siege over and done with so I can have my shiny new Hawkeye & Mockingbird series. 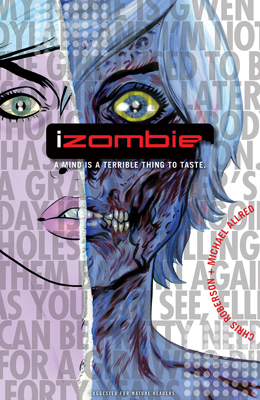 1. I, Zombie #1 by Chris Roberson and Michael Allred

I, Zombie is a very fun tale. I liked the kookiness of it and the humor, which reminded me of somewhere between Buffy: the Vampire Slayer and Boneyard. This fills a nice gap in my entertainment consumption considering I don’t read the former’s comics and the latter has come to an end.

Gwen Dylan is a delightful character. Well, as delightful as a zombie could be. Yes, a gravedigger really is the best job for someone who requires eating brains once a month. I love the twist that she doesn’t enjoy the taste of brains. In fact, she downright hates it.

Since I haven’t read any more issues, I don’t have more reviews. But like me, you can pre-order your copy of I, Zombie: Dead to the World.

At the last comic book show I went to, I picked up a couple zombie comic books I’d heard about and wanted to read. It seems like zombies are coming back in vogue.

Comic book reviews for Vertigo’s I, Zombie #1 by Chris Roberson and Antarctic Press’ The Littlest Zombie #1 by Fred Perry 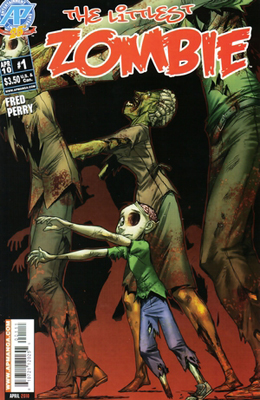