It’s the time of year for recommendations and best of lists. These are my favorites and least favorites of the comic books I published reviews of in 2018. The rankings are averaged from my individual reviews, and if there are ties, then I decide from there.

In 2018, I reviewed 93 pieces of individual media. Quite a bit less than last year, but I also did a book review challenge, which took a bit of my review time and reading focus. For the most reviewed series, I reviewed 15 issues of Lumberjanes, and 12 issues each of Bombshells: United, Giant Days, Ms. Marvel, The Wicked + the Divine, and Wonder Woman.

Going forward, I’m going to try to be reading more of my to-read shelves and spending time catching up again at the books I’m behind on.

23 different series eligible in this category. 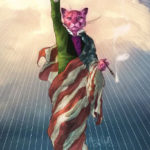 Anyone who’s asked me about comic books in 2018 and what they must-read has heard me rave about Snagglepuss. My partner brought home this book for me, and it’s the book I never thought would be one of the most relevant stories for 2018. Set during the McCarthy Cold War era, Snagglepuss covers incredible personal and political territory for a story about a pink lion who walks on two legs, wears suit jackets, and writes plays. 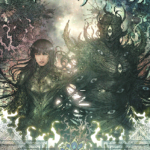 A continuing favorite, Monstress has topped my comic recommendation list for the last two years. This book is still going strong with only one issue that was a slight miss for me. Takeda’s fantasy world designs combined with Liu’s epic fantasy story make a beautiful and harrowing story. 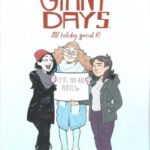 Giant Days has always been one of my favorite breath-of-fresh air reads. It’s a consistently enjoyable book, which centers around the friendship of three young women in their college years in an English town. As they’ve embarked upon the second half of university, they’ve grown and been challenged by their worst fears and great loves, which has made this book even stronger in later issues. The characters are unique and fun, but also instantly relatable, middle class young adults. 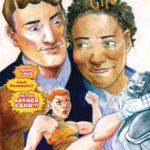 North’s writing continues to make me laugh, and Henderson’s art — though I know she’s left the book now — has been a delight. Squirrel Girl is the type of hero who, while one of the most powerful superheroes in the Marvel (I’m not kidding), often instead solves her problems through friendship and science. She’s a computer science major at a local college, after all. The cast of characters around this series has made it all the more delightful. 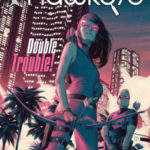 This book surprised me when it ended up on my list. Hawkeye was a fun book, and this version starred not Clint Baron, but Kate Bishop. She’s no girl Hawkeye. Like most superhero books I’m draw to, Kate has a lot of heart and a cast of extras around her, who fill her life. She’s in Los Angeles, which is a nice change of pace compared to the NYC-centric Marvel world. This book continued on as West Coast Avengers, which I’m shamed to say is sitting on my to-be read pile. 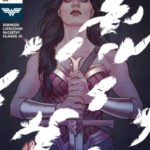 I’m slogging through Robinson’s run on Wonder Woman. Sadly, DC continues to kill the momentum on this book by choosing a great author and then a bad one and then a great one. Fontana’s short appearance on the book was hit-or-miss. However, Robinson has taken the worst of Azzarello’s instincts and tried to turn a book about DC’s greatest female superhero into a book about men: her brother and Darkseid. The twice-monthly printing means it becomes a bigger slog with inconsistent artwork. I wish they’d keep Emanuela Lupacchino on with a better writer as her art has become of the only things I look forward to.

18 different series eligible in this category. 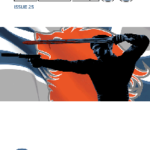 Another book that’s been on my recommendation lists the last two years, Lazarus remains an incredible feat of storytelling, world building, and artwork. Set in a dystopian future where nation states are now corporate entities, it seems like a world just a step beyond our own. I really would love to see if gain in popularity as I believe it’s a warning the way The Handmaid’s Tale is, only one that our entire populace of “but ordering from Amazon is just so easy” needs to read. 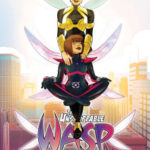 Another surprise for me, The Unstoppable Wasp is the story of Nadia, Hank Pym’s daughter, who moves to America to escape imprisonment in Russia. Before you think this story is dark, it is largely not. Whitley has a knack for writing stories about teenage girls and building worlds where girls remain the heroes and empower each other. I believe this book has been relaunched, or will be relaunching under another name. 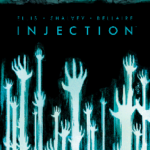 Injection made my 2016 list, and it remains to date my favorite Ellis book. Though we’ll see how it ends. Injection plays with arch-types — Sherlock Holmes, James Bond, tech geek, skeptical grumpy scientist genius, and mage from an ancient line — and turns them on their heads. This book is dark, darkly humorous, and absurd in all the right places. And of course, our characters are often the source of their own problems. 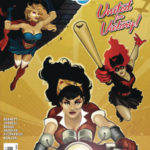 DC Comics Bombshells is an alternative universe where women superheroes rule the day and punch lots of Nazis during WWII. The book ended and was relaunched as Bombshells: United, which I’ve been reading and reviewing. While Bombshells has many ups-and-downs storytelling wise, the ending of the first book and the defeat of Hitler on the Western Front was incredibly satisfying. This book is also incredibly queer as Bennett secretly, or not-so-secretly, always writes romances into her work. 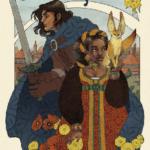 One of my favorite new books, Sleepless follows the life of Princess Poppy and her sleepless guard Cyrenic in a medieval setting. The book opens with Poppy’s father dying, and her uncle ascending to the throne. Poppy’s life immediately becomes in danger, and this book both has courtly political drama of an Austen book with attempted murder and magic on top. I’m looking forward to seeing how the rest of this story pans out. 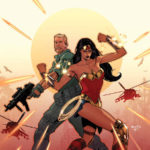 Seeley attempts to grasp onto Steve Trevor’s masculinity in relation to his work and romance with Diana, aka Wonder Woman. If you don’t read this comic issue, I’m pretty proud of the review I wrote talking about toxic masculinity and Steve’s portrayal in Wonder Woman comics. I’ve often found, under male writers, Steve’s position, thoughts, and actions have a lot to do with the author’s view on masculinity, romance, and being “forced” to write about a man whose girlfriend can kick his ass and is, in general, his better. Needless to say, Seeley seems to have some issues of his own.

11 different novels eligible in this category. 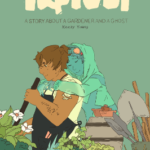 This book is a ghost story, a queer love story, and a gardening story about the cycles of life and seasons. It’s also a YA fiction. Young weaves an intriguing story about a young man with a talent for gardening and the ability to see ghosts. It’s beautiful and so is the art. I hope to see a lot more from Young in the future. 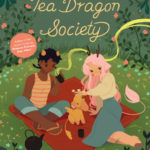 A lovely tale of tea, first romances, and figuring out who you are in the world and how you want to walk in the world. This is a middle reader/children’s graphic novel, but O’Neill doesn’t uncomplicated the story or talk down to her audiences. Her art’s sharp and adorable. I loved this tale of dragons and tea. 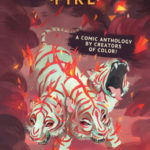 Anthologies can be hit or miss, and major props to Stotts for putting together yet another incredible anthology. Elements: Fire features all creators of colors, and the stories vary from fantasy, horror, romance, speculative, literary, and more. What smartly ties them all together, besides the fire theme, is all the art work being in black and white with the sparing use of red. 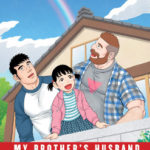 First, read volume one. (It would’ve been number 6 on this list.) The second volume goes deeper into the familial relationships between Yaichi and his brother-in-law Mike, and of course, Yaichi’s daughter Kana. We have a lot of 101 stories about acceptance of queer family members — which this entire series is about — and Volume 2 takes us to the next place, or the glimpse of what it means to fully embrace someone and their life as family. 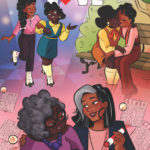 I loved this sweet love story about two black women, and I loved the art as well. Unfortunately, Franklin has a track record of mistreating her artists, and it’s unlikely I will pick up other books by her. 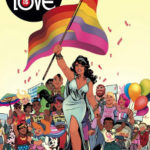 All the profits for this book went to the survivors of the Orlando Pulse massacre, so buying this book was worth it. However, the book itself — while full of good intentions — suffered on the execution itself, and no doubt, a time crunch to produce it. This meant too many stories from straight creators and their stories centered on their own reactions, instead of the suffering of the queer community in Orlando and the queer community in general.

What were some of your favorite comic books in 2018?