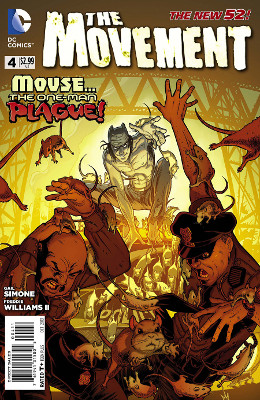 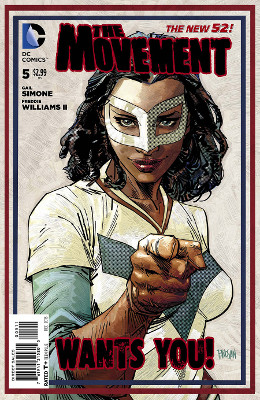 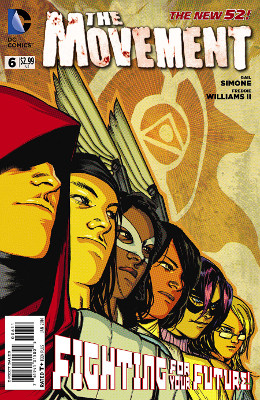 Love that Simone’s showing the different backgrounds of the all characters. (Or at least about half of them.) I do hope she continues with this in the next issue.

Loved see Jayden go from wealth to becoming Mouse. Likewise, Kulap becoming Katharsis and going from a cop to a super-something to take down villains. (Didn’t totally connect that she was also in Simone’s Batgirl as part of Nightfall’s crew.)

I feel like Amanda Waller just can’t keep anyone working for her…ever. Somehow I think this might come back to bite Tremor’s ass. Waller always comes back. (And it was a little too pointed to have Virtue tell Tremor — directly after she makes her decision to go against Waller — “Tremor! Thank god, someone I can trust.”)

In general, I’m really excited to see what’s going to happen in the next issue. I think Captain Meers just realized this was a bit bigger than just him. And I’m curious about what Simone’s going to say with the Movements in other cities. Clearly, they don’t all have as great of leaders as Virtue.

So we’re kind of setting up James Cannon to be some over-the-top evil here. He’s in charge of an evil corporate cabal, a serial killer, and hired a troupe of evil supervillains to take out the Movement? This seems a tad generic evil from what I’m used to in Simone’s stories.

I’m really liking Virtue. The comment about the mask hiding her eye skin was hilarious. Because yes, more superheros should be easily recognized even when they’re wearing masks. I am wondering how old exactly she’s supposed to be since Meers keeps saying that she’s just a kid.

Mouse is definitely in over his head with both trying to save that woman and being in love with Tremor.

Waller’s not going to have her spy Tremor just walk away. Though I was a bit disappointed that Katharsis took over the fight so soon as I wanted to see Drew’s powers in action.

I liked the comic showing that cops have it bad, but that they can be both remorseful and still terrible people.

It was pretty realistic that Mouse couldn’t hold his own against all those superpowered baddies. Even with the city’s rodents on his side. I hope he’s still alive.

I liked Katharsis coming to terms with her anger. However, it seems like there should’ve been more about the compromise being also that Tremor would stay on the team.

I expected Rainmaker to show up with James’ rain cloud. Not that the Cornea Killer was a different person and his son. Okay, this makes the killer a bit more complex. I’m with that.

Nice to see Virtue try to help Burden. We’ll see if he can then do something useful with his powers. Or accept himself. I’m still unsure exactly how Virtue’s powers work. Would be nice to see more of it in action.