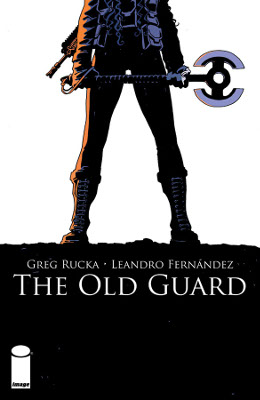 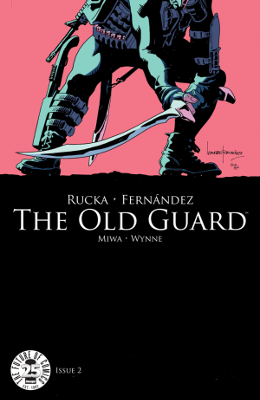 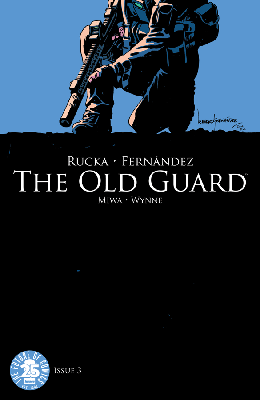 For an issue #1, it sets the stage. But it didn’t pull me in. There’s still some missing pieces about what it means when they die. (Or if that’s the point, they walk away and change identities.) Fernandez’s art, combined with Daniela Miwa, in the early parts of the book make it seem as though their bodies and identities change much more.

Not surprised to see Andy at the head of the team and the one guiding the narrative. Rucka does tend to write female main characters. She does seem bored with life.

Well, they just all got their immortal statuses revealed. No stopping what others know. Unless they kill a lot of people. Which I have a feeling that none of them will be sorry about.

Seems like the people around Nile are more curious about her recovering completely than Nile herself. Besides being brave, there’s a lot to learn about Nile as a character. And also how a new immortal was born in the world.

I’m still not entirely sold on this book. It hasn’t yet capture my imagination. I’m not sure Fernandez’s art is my style. I do keep wondering if Daniela Miwa’s coloring choice of making blood black in this book is deliberate. This is a bloody book. But black makes it less horrific and maybe that’s because our characters are effectively immortal, and thus, copious blood is less horrific. I know sometimes publishers make that decision, but I can’t imagine Image having an issue.

I do like this building up of Andy as a bit self-destructive because she’s ready to die. Though at the same time, the other immortals were only killed in “accident” style situations (horse-related accident and drowning) which is far different from bullet to the face or grenade in the lap.

Those are some nasty wounds for Booker to come back from.

It’s nice to see Nick and Joe’s relationship being used for some humanization of the immortal group.

I do find it interesting that Andy serves as our narrator, when you’d think it would be Nile. Since she is the newbie to this world, just like we are.

Nile is being dumped in this world. There is no time to learn to swim from the fundamentals, instead she’s in the deep end and paddling for her immortal life.

Booker’s story is like a gut punch. He seems like he’s definitely a skeptical person. I still don’t know if I buy that he’s able to adapt to the rising technology as much as Andy seems to think he does. Of course, I guess there’s like a thousand years or so between them.

Nicky and Joe are adorable. I love that Joe is such a romantic. I love that they combine their love with their ability to kick ass.

I think part of my wavering on thinking this book is okay vs great continues to be the art. Fernandez style is lanky. The lines are harsh. No one is beautiful, except in their actions. In fact, Joe’s confession of love may be the first beautiful thing in this book, and it had nothing to do with the art.