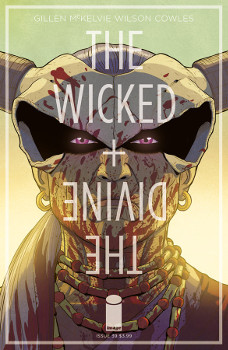 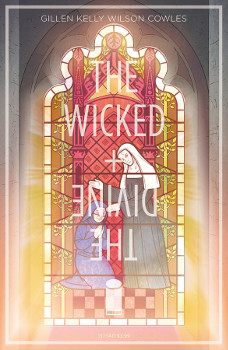 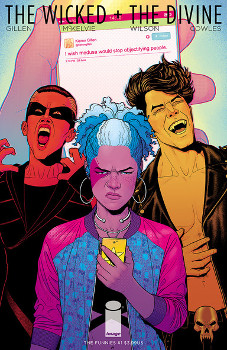 I did call it that Laura was something else a while ago. Still to be seen what. Maybe the actual upset for Aneke, or the reincarnation of her sister.

I loved everything about Laura’s arc here. It was so meaningful to see her finally come into herself, in command of who she is. She’s not living anyone else’s life, or pretending to be someone she isn’t. And while she’s still working on the pieces — like figuring out what’s happening/happened to her — she’s on her own rules and what she wants. Which the abortion was part of it.

Laura may not feel good, or be happy, but she’s on her own path.

I do wonder what will happen and if she will still die in those two years. If Laura lives passed Ananke’s plans for everyone.

The looming idea of a child was certainly a well-played lie by Ananke’s sister. Especially as it plays into mother/maiden/crone trio, and Ananke being the “youngest” but also the oldest. It is kind of sad on its own that all those times, Ananke won.

The Valkyries getting so upset at Laura giving up her powers was great. Of course, they wouldn’t understand. They are sucked into being fans and that the only way to gain power is to be a god, or god-adjacent.

The art reveal that there are stairs to the layers in the underground was great. It’s like this tiny mystery peel back, but it works so well to uncover the magic.

We’ve reached a point in this story where Gillen’s not really hiding anything. Yes, we will have the resolutions for our main characters, but in these flashback special issues, we already know what Ananke’s up to. So much so that she confesses how she maintains her immortality to Lucifer.

This did answer some questions about how the pantheon doesn’t have to die in two years. No, they just do to keep the immortality happening, and Ananke confirms what we already know, that she kills a lot of them and orchestrates the deaths of more of them.

This Lucifer is interesting because she is so different. She believed herself evil long before she met Ananke. And we know, because of science, that she is plague resistant due to antibodies from her plague-ridden mother.

While we know Ananke messes with human history, it was interesting to hear her directly talk about how she carried the plague all over the world and caused so many deaths. Despite that it just lingered on in her body. Which like also gross and how uncomfortable.

Kelly’s art did a great job at capturing 1300s France. It’s dirty and muddy. It’s cold and unclean with a fervent focus on the cleanliness of the soul. Wilson’s colors just added to the mood. The blood and fire stood out brilliantly.

It was harrowing to see Lucifer submit herself to flagellation as a cure for sin. Even when she did not believe she would ever actually be forgiven. She was right to set Ananke on fire. Even if she did not realize that Minerva was just Ananke’s new body. Ananke left that part out of her confession; otherwise, Lucifer would’ve destroyed all of them.

The Wicked + the Divine: The Funnies #1

This was pretty cute. It was smart of Gillen to call out the fact that we thought Ananke would also kill puppies. I mean, she’s done a lot of terrible things to continue her immortality.

The dog breeds were great. Of course, Sakhmet was a cat and the Morrigan a corgi. I do wish we’d gotten to spend a little more time with their personality traits and breeds.

“The Wicker + The Divine” by Lizz Lunney (story and art)

This was basically a joke gone too far for me and a tad boring.

“The Lost God” by Chip Zdarsky (story and art)

The ska jokes were hilarious. Same with the house band groupies. Oh, I remember when ska was mainstream and cool for like two seconds 25 years ago, and I appreciated that these guys were straight out of that time.

However, the meta humor isn’t always my favorite. Even if, yes, this is a book (in general) about sexy teens doing sexy teen stuff. The way we like it.

No one, including me, understands Cockney Rhyming Slang.

I appreciated how this story showcased Baal’s sometimes out-of-left field personality traits. Though a school would be good hunting grounds for those babies to sacrifice.

The jokes around the other rapper in Baal’s video ran on for too long, and the switch from YouTube videos to teaching class to get close to the youths needed some smoothing over.

I did enjoy Madrigal’s art a lot. Teacher Baal’s outfit and those glasses were just hilariously cute.

Some standard observations about life with a cat. I have two that live in my house.

This Scooby Doo-style parody was all about how Wooten is the old ghost man, and I liked that. It was a great joke to land on. Especially when everyone instantly believed that the real Wooten was captured and back in London because he wouldn’t ever be that old under the mask. They’ve definitely all not seen his face before.

Baphomet being terrified and basically climbing up Inanna for safety was too cute. Curran and Zageris did a great job with the expressions of everyone in the story. It felt both Scooby Doo and WicDiv in the perfect manner. It was also nice to see them use Stonehenge and magical elements of Great Britain.

This was kind of dull. The meta ending not silly enough.